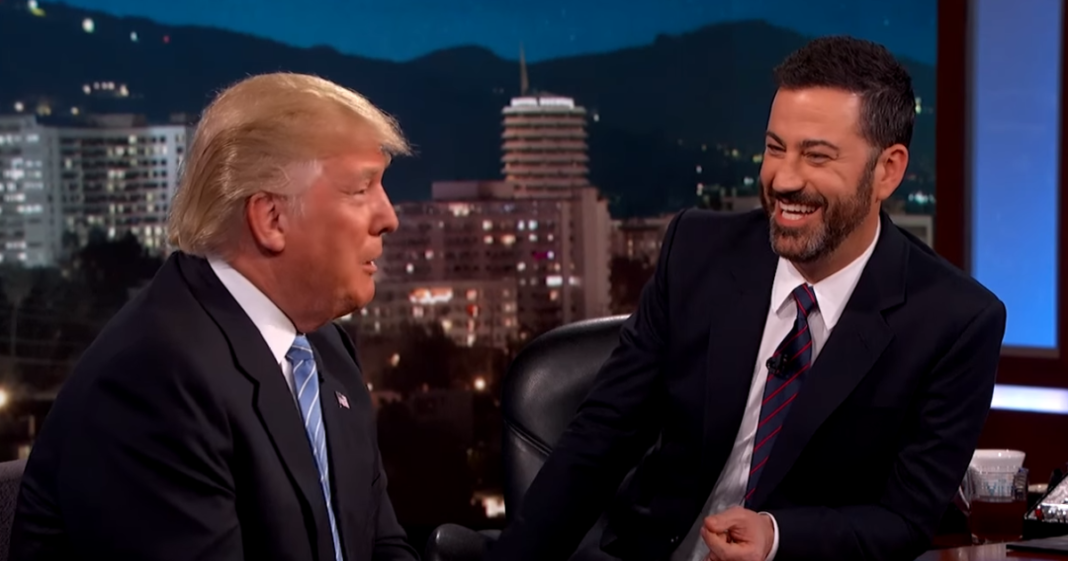 Though he kept it light, the host of “Jimmy Kimmel Live” took his discussion with Donald Trump into some pretty serious territory when he pushed the candidate to explain his flip-flop on Hillary Clinton.

Kimmel hosted the presumptive Republican nominee on his late-night show, joking about his Cinco de Mayo mishap and asking the candidate whether or not he planned on making it this far.

Then, Kimmel pushed Trump to answer to the fact that in recent years, he has been very generous with his praise of the Clinton family, Hillary in particular. Of course we all are familiar with the photo of the Clintons and Trumps posing together at Trump’s most recent (of 3) weddings.

Why, then, was Donald so against Clinton now? Trump told Kimmel that as a businessman, it’s good business to stay cozy with political elite, even going so far as to give them money whenever they asked.

Kimmel joked, “So you were full of shit when you said that?” But to us, it didn’t really seem like a joke at all.