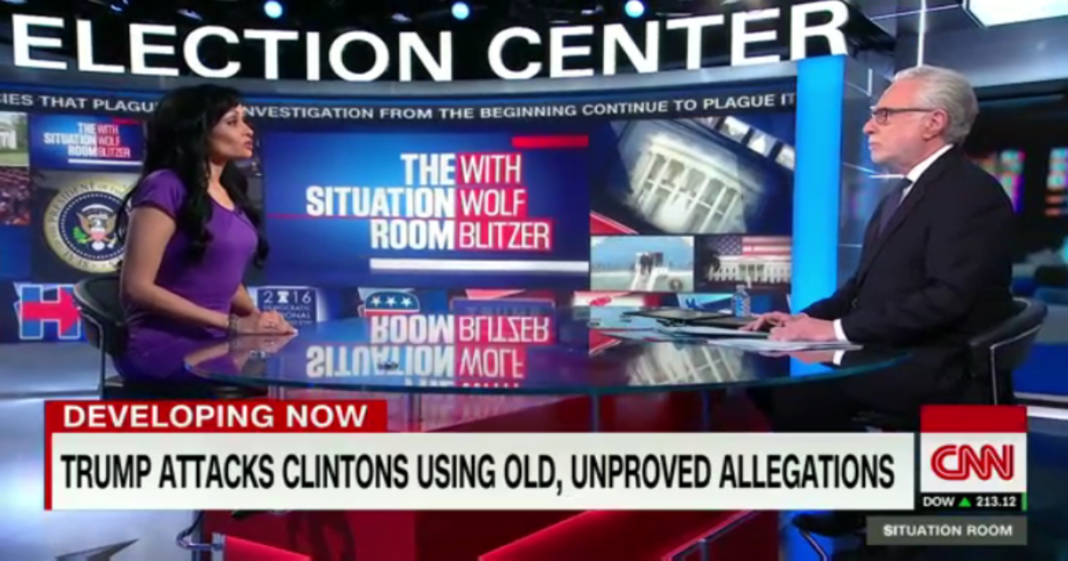 Wolf Blitzer may be a bit soft around the middle when it comes to criticizing Donald Trump, but on Wednesday, the CNN host grew a backbone and stood up to Trump spokesperson Katrina Pierson about Trump’s recent references to Vince Foster.

Trump recently claimed that Foster “had intimate knowledge of what was going on. He knew everything that was going on, and then all of a sudden he committed suicide.” None of this was ever proven despite several investigations, and Trump is clearly trying to dredge up old conspiracy theories hoping a new generation of voters will latch on.

Pierson, the expert slimy PR gal she is, continued to expertly defend Trump’s statements, doing her best to paint the tyrant as a reasonable and caring man.

Blitzer did a decent job of pushing the issue, repeatedly asking why Trump would bring up Foster if he claimed he didn’t know enough about it to make an assessment.

Of course, Blitzer failed to get to the heart of the issue which is that Trump floats ideas like the one regarding Foster’s suicide as a way to plant seeds in the minds of media viewers who will then make their own speculation. Then, when push comes to shove, Trump can claim that he did nothing wrong since he didn’t make a definitive statement about the issue.