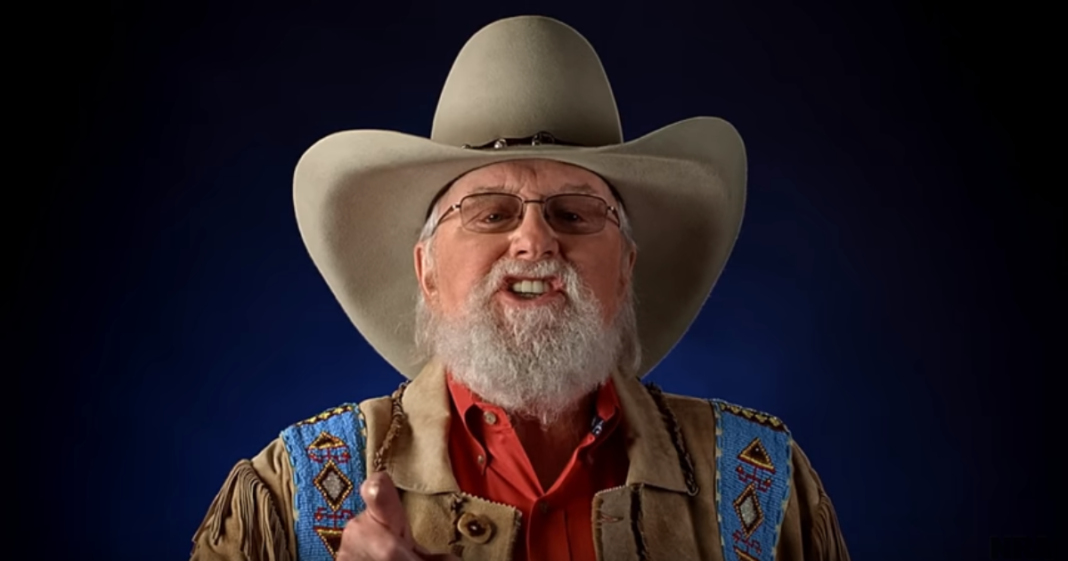 Country music artist Charlie Daniels is best remembered for his hit song “The Devil Went Down To Georgia,” but its best to pay no mind to his political ramblings.

These days, Daniels prefers to battle a different sort of ‘devil’ and has repeatedly addressed terrorism and the general groups who might perform it.

Daniels has been consistently vocal on issues of terrorism and national security in the way only a man with a ten gallon hat can be, criticizing Obama for being too soft on terror or too worried about speaking in a politically correct manner.

In this most recent performance piece, a advertisement for the NRA titled “Freedom’s Safest Place,” Daniels directly addresses leaders of Iran, telling them that they may have met the “fresh-faced, flower child president,” but that they haven’t met the real America.

“You haven’t met the heartland or the people who will defend this nation with their bloody, calloused bare hands, if that’s what it takes.

You haven’t met the steelworkers and the hard-rock miners or the swamp folks in Cajun country who can wrestle a full-grown gator out of the water.

You haven’t met the farmers, the cowboys, the loggers and the truck drivers.

You don’t know the mountain men who live off the land or the brave cops who fight the good fight in the urban war zones.”

Despite the fact that Daniels seems to be listing off the lineup from the History Channel and A&E rather than the real demographics of this country, it’s clear that the country music has gone to his head.