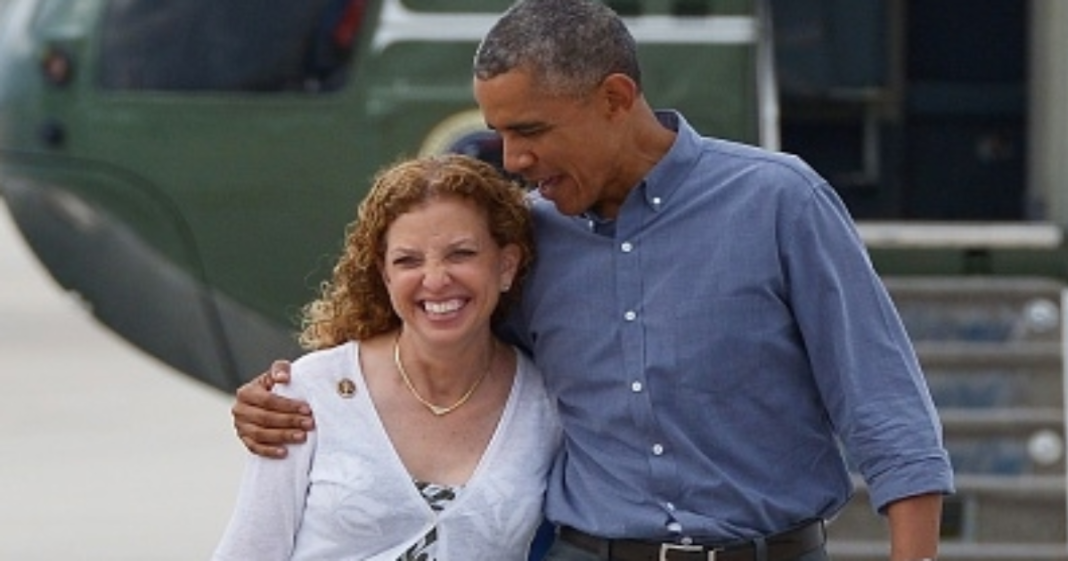 If all things go as planned, DNC chair Debbie Wasserman Schultz may find herself out of job well before the election in November.

The news comes from DNC insiders who say that just about everyone is sick and tired of the bad press that Debbie is bringing to the party. Whether or not they believe she is to blame (spoiler alert: she is), there is a great deal of interest in sacrificing her position in order to bring about some semblance of peace to the party in the wake of a disastrous split over Democratic candidates Bernie Sanders and Hillary Clinton.

A pro-Clinton Senator said that the discussions have been frequent and vigorous concerning the DNC chair.

“There have been a lot of meetings over the past 48 hours about what color plate do we deliver Debbie Wasserman Schultz’s head on. I don’t see how she can continue to the election. How can she open the convention? Sanders supporters would go nuts.”

Bringing the party together is a major concern for Democrats across the board as whoever is the Democratic nominee must face the ever-unpredictable Trump in the coming months.

From the beginning of the election, it had been clear that Wasserman Schultz was far too involved in controlling the outcome of this primary race, and she did little to put those rumors to rest. Even in her own congressional race, Wasserman Schultz has shown a complete lack of respect for candidate Tim Canova whose grassroots support she refers to as a hostile takeover.

Ousting Wasserman Schultz would be a significant step in the right direction, though establishment Democrats can’t expect that this small token will be all it takes to appease Sanders supporters. This is about a lot more than one corrupt figurehead.