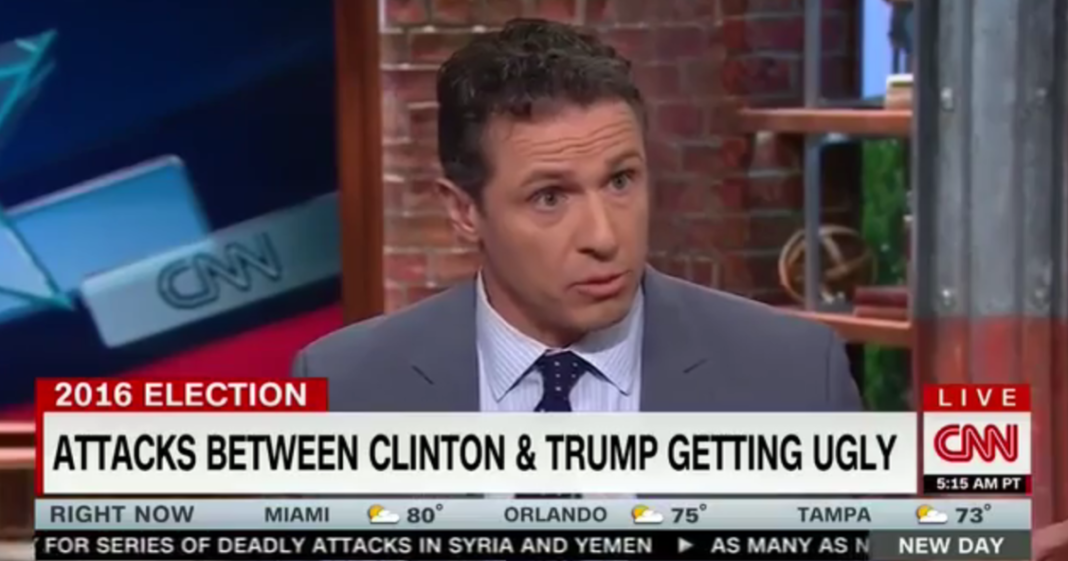 During an interview with Trump surrogate and lawyer Mike Cohen, CNN host Chris Cuomo grilled the man about Trump’s past statements about the Clinton family juxtaposed with his current criticisms of the family.

Trump, who once said he and the Clinton family were great friends, has now completely switched to calling out some of the dirtiest laundry in the Clinton family in order to try to smear Hillary going toward the general election. Of course, Trump is willing and ready to pull out all the conspiracy theories and the debunked, insane ideas about the Clinton family through the years, and his supporters will absolutely eat it up.

Cohen battled with Cuomo back and forth, Cuomo trying to establish how Trump could have expressed such opposite sentiments about the Clinton family.

“He said the same allegations that you guys are talking about now were a waste of time, were wrong, were hollow, that Bill Clinton was a terrific guy, that he was a great president, that the impeachment was wrong, that it was a waste of time.”

Cohen responded that at the time, Trump was merely protecting his friend, but that doesn’t mean that he was lying, or that he is lying now as he criticizes Bill.

“he was trying to protect a friend. Now, it’s a different game.”

Cuomo, being much more difficult on Cohen than he had ever been on Trump himself shot back,

“Come on! Michael, please. So he was lying then? He would be friends with a guy that he thought was a piece of crap? Why would I trust you if you say all the things you said then were false. So you tell the truth when you are a politician, but you lie when you are a private citizen?”