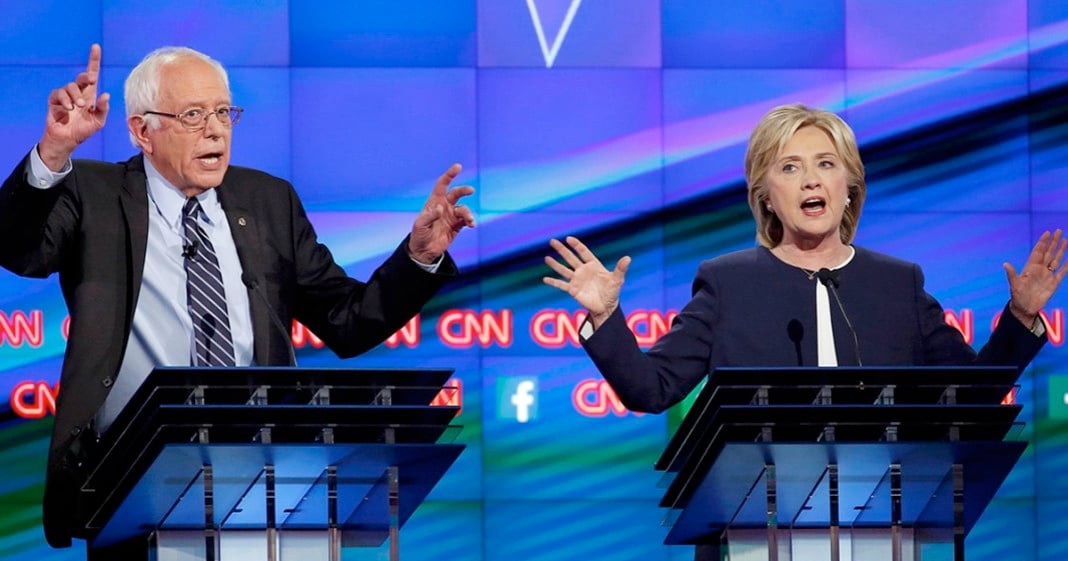 Despite Bernie Sanders’ calls for one final Democratic primary debate ahead of the June 7th California primary, Democratic race leader Hillary Clinton has said “no thanks” to appearing one more time before the Democratic constituency.

Sanders accepted the invitation to debate from right-wing network Fox News last Wednesday and was waiting on Clinton to accept as well.

On Monday afternoon, the Clinton campaign announced that they would not be participating in any primary debates, choosing instead to focus on the general.

“We believe that Hillary Clinton’s time is best spent campaigning and meeting directly with voters across California and preparing for a general election campaign that will ensure the White House remains in Democratic hands.”

By refusing to debate, Clinton is making it clear that she no longer considers Sanders to be a threat and is focusing her energy on going against Trump in the general. She made that clear last week declaring that she would be the Democratic nominee, saying that the primary is, in effect, done with.

And of course the DNC has no interest in holding her to her word considering that less debates mean a better chance of the Clinton coronation going forward.

Sanders responded to Clinton’s refusal by saying that she “reneged” on previously agreed-upon plans for a final debate.

“I am disappointed but not surprised by Secretary Clinton’s unwillingness to debate before the largest and most important primary in the presidential nominating process. I also would suggest that Secretary Clinton may want to be not quite so presumptuous about thinking that she is a certain winner.”