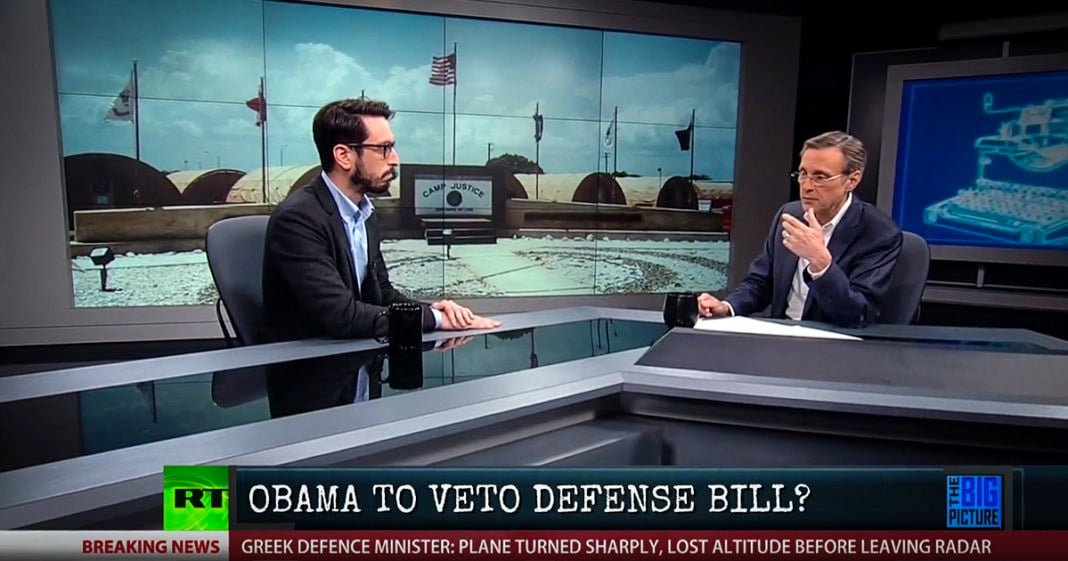 Members of the House tried Wednesday night to end the Authorization for Use of Military Force that has allowed for 15 years of endless U.S. involvement in the Middle East. Barbara Lee from California had proposed an amendment to the National Defense Authorization Act that would have repealed the 2001 Authorization – but the motion was defeated by nearly 150 votes. The final bill that was approved authorizes 551 billion dollars for Pentagon spending – plus an additional 59 billion dollars for the “overseas contingency operations” fund. But despite the fact that this bill allows the Obama administration to justify on-going US operations in Syria against the Islamic State – the Obama White House is threatening to veto this legislation. Sam Sacks joins Thom Hartmann to discuss this.