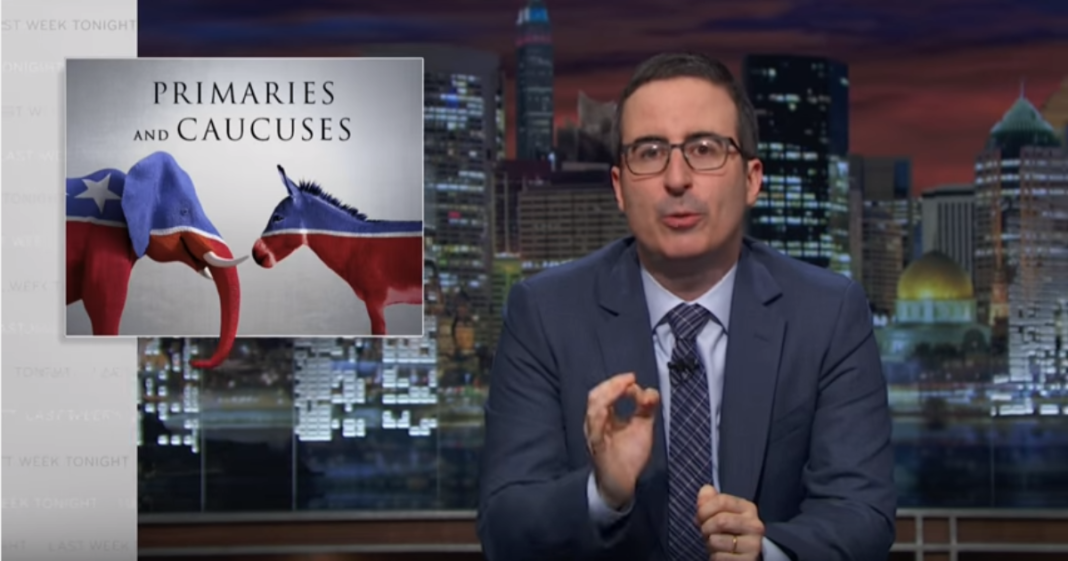 Though the majority of heat toward the primary process has been directed toward the Democratic contest, Last Week Tonight host John Oliver took the opportunity this week to tear the entire election system limb from limb in an expert takedown of our Democratic process.

Using the mess from Nevada as an example, Oliver said that the primary system is an “erratic clusterfuck every four years,” which is indefensible at every turn.

Oliver didn’t just outline the problem, he also issued a call to action to voters to dedicate Groundhog Day as the designated write-your-party-leader day, in which voters could demand that the primary process be cleaned up and made more fair.