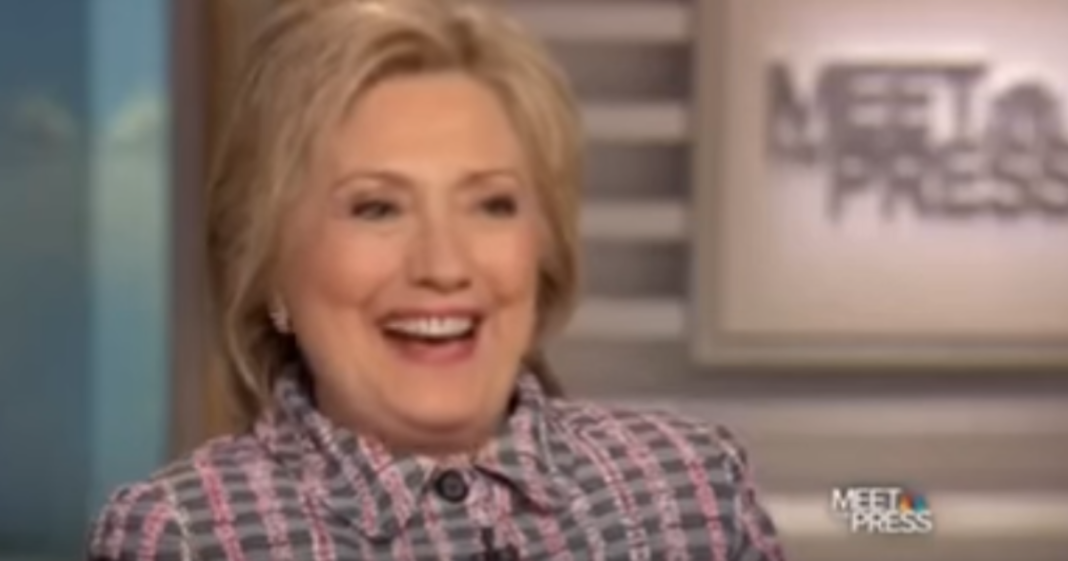 During an interview with Chuck Todd over the weekend, presidential candidate Hillary Clinton was confronted with the harsh reality of her unfavorability ratings. Clinton was asked how she could unite the nation if so much of the country is against her and the politics she stands for.

“We are stronger together,” Clinton maintains, but what if her presence means that “we” can’t come together?

“You are a polarizing figure right now in American politics. You have an unfavorable rating that is almost as high as Donald Trump’s. How do you do it?”

It was at this point, all Clinton could do was try to laugh off the sad fact, pointing out that Trump still held a higher unfavorability rating than she does.