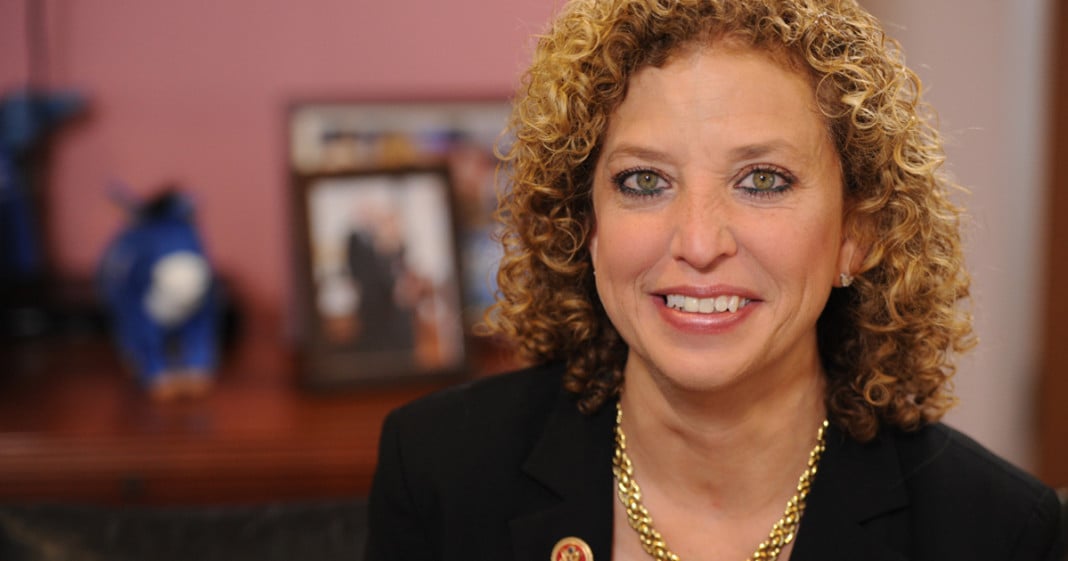 Debbie Wasserman Schultz is finally sitting up and taking notice of her congressional primary opponent Tim Canova after the rookie candidate raised 250,000 in one weekend from a Bernie-promoted email.

In the wake of Florida Congressional Candidate Tim Canova’s announcement that he had raised $250,000 from one pro-Canova fundraising email from Bernie Sanders, DNC chair Wasserman Schultz sent out her own campaign email, referring to the mass of small, individual contributions as “undisclosed, outside money.”

It is true that a large amount of the money Canova has received in 2016 was from donors outside of Florida, but unlike SuperPAC money, these are still small, individual contributions from concerned, progressive voters who want Wasserman Schultz OUT.

The email attempted to alarm establishment supporters by making what is pure Democratic expression seem more like a terrorist takeover.

“We can’t sit by and allow this to happen.

Debbie is being bombarded. Opponents with their undisclosed, outside money are trying to take her down and kick her out of office by spinning a web of distortions. But we have one thing they don’t. You.”

Wasserman Schultz is clearly scared now that she risks losing her position. Just like her leader Hillary Clinton, her refusal to pay attention to the will of the people may cost her everything.