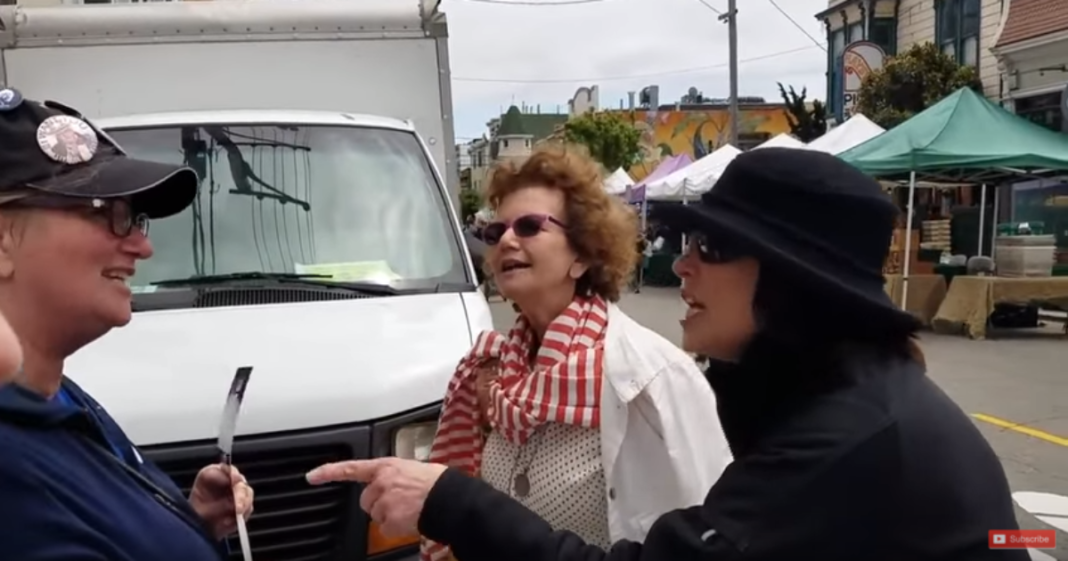 We’ve all heard a great deal about how supposedly terrible the so-called Bernie Bros are, and how anarchist Sanders supporters can get when they feel their voices aren’t being heard.

But what is less often discussed is the great deal of venom observed coming from supporters on the more conservative side of the Democratic aisle in the form of viciously resentful Clinton supporters who can’t stand the idea that the rest of voters aren’t just sitting down and shutting up.

Caught on tape was a pretty catty interaction between two older women and a woman working to register voters at a Bernie Sanders booth.

Though we don’t know what sparked the conflict and the audio is sometimes difficult to hear, what is conveyed clear as day is the complete disdain these two women have for a voter who dares to support Sanders.

Both women worked together to gang up on the single Bernie supporter, jabbing their fingers in her face and repeating the same few statements again and again to drown out her argument.

At one point, the woman who was wearing a hat and sunglasses, attacked the physical appearance of the Sanders supporter,

These women should take their haughty asses over to the Republican party because their infuriating hateful and mocking attitudes would fit right in over there.