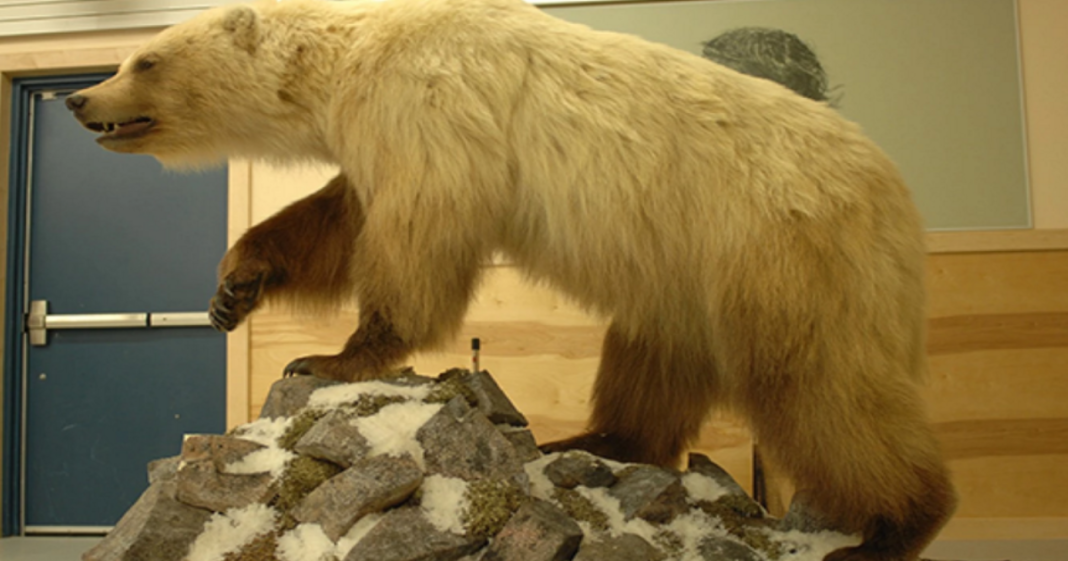 A pretty interesting effect from global warming and climate change is happening in the northern parts of the globe where grizzly bears and polar bears are mating, creating what is being called a pizzly bear or a grolar bear.

We’ll have to give the scientists a bit more time to come with a less ridiculous name.

This isn’t the first time that Grizzlies and Polar bears have come together, but it has been thousands of years, thanks to the advance and retreat of glaciers.

Unfortunately, as the breeding between the two bears becomes more common, it is likely that the polar bear will lose out on genetic diversity. In the coming years, the polar bear, its territory already dangerously shrinking, may become a thing of the past.

As the globe warms up, the icy territory necessary for the success of the white-furred species is shrinking, while the land left behind is much more friendly to permafrost-opposing grizzlies. Nearly all hybrids between the two come from a grizzly male and polar bear female due to territory behaviors.

Sadly, if global warming continues as it is, we may have no bears at all left in these areas due to the drastic changes in the environment.

This is just one of many cases of clear, distinguishable global warming effects that will likely be ignored.