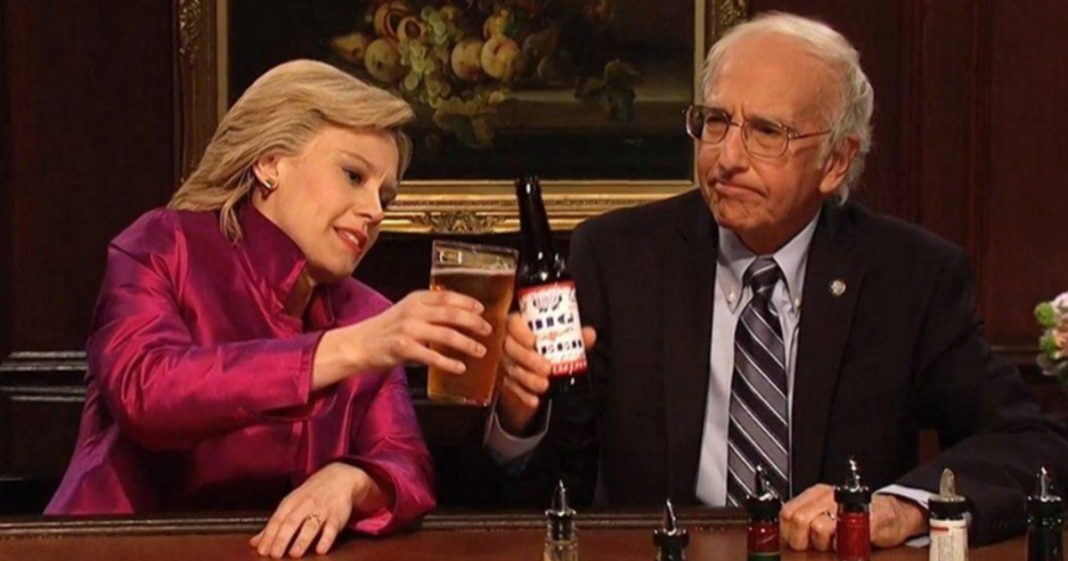 On the season finale of Saturday Night Live, Kate McKinnon’s Hillary Clinton and Larry David’s Bernie Sanders sat down for a beer at last call to discuss the election and try to bury the hatchet.

The two have clashed more than once during this season’s sketch show run, but this final bittersweet meeting is definitely worth the watch.

“I keep losing states, but mathematically I’ve done it! To math!”

“I didn’t see you sitting behind me – so far behind me, you could never catch up.”