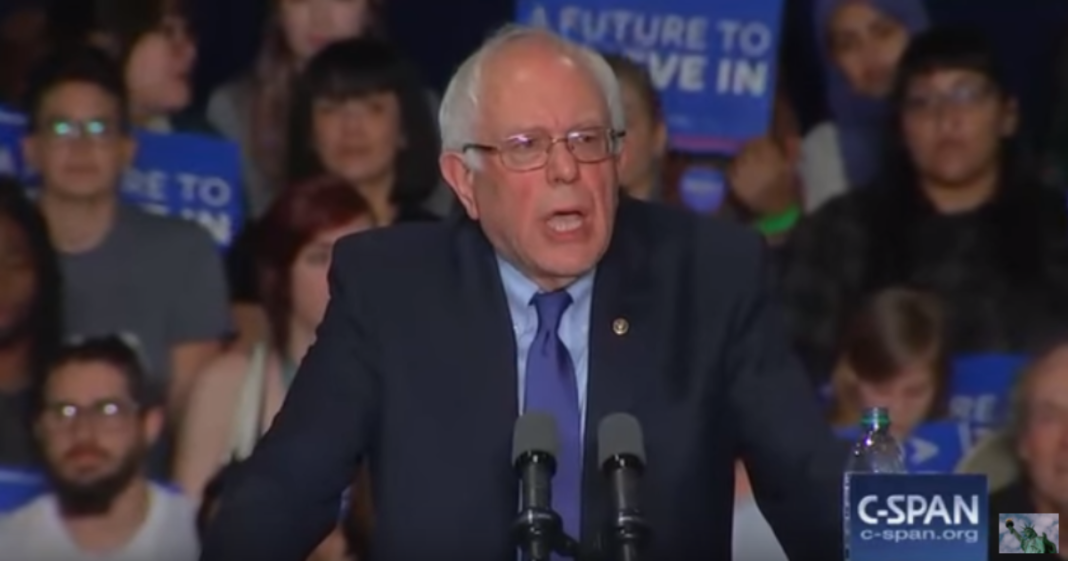 Like so many other issues, Senator Bernie Sanders was far before his time when he told a rally audience in Albuquerque, New Mexico on Friday that our issues with climate change will only get worse and more volatile as time goes on.

While the majority of elected officials continue to deny or ignore global warming, the Senator told a crowd that he expects future wars to be waged over access to water.

“The issue of clean drinking water will be an increasingly major issue in years to come. In fact, in the coming decades, the wars may not be fought over oil, they may be fought over water.”

The senator’s comments come just as middle-eastern countries brace for record-breaking heatwaves. While India experienced its hottest day on record last week, Pakistan tried to prepare for the deadly effects of the heat by digging mass graves.

Other politicians and citizens may mock the fact that Sanders has previously said that climate change is the biggest threat to the United States, but it will be just another in a long line of things in which Sanders was right while the rest of the popular political movement was wrong.