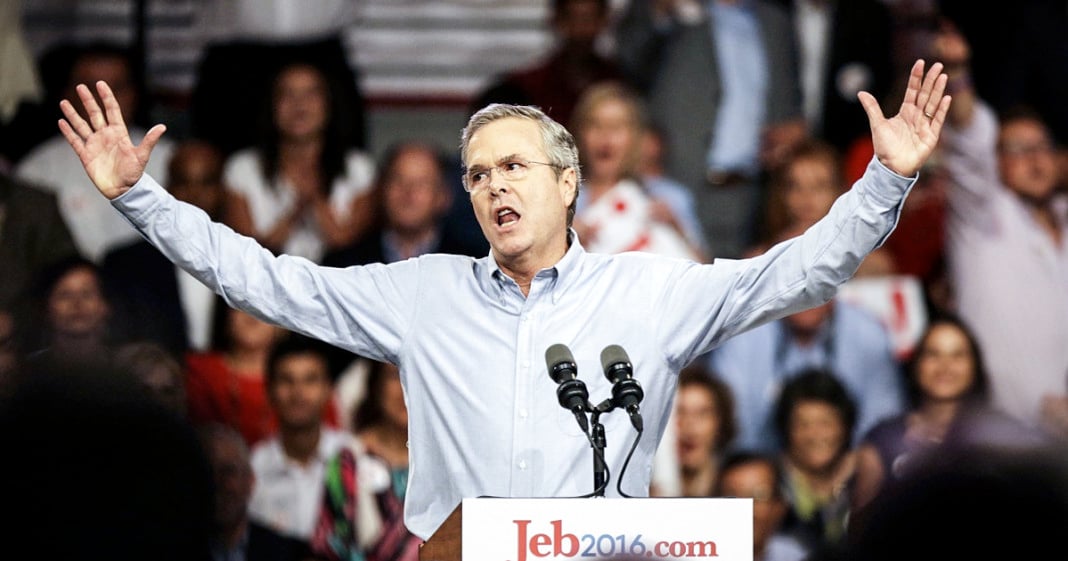 This political season, looking to Jeb Bush for guidance is about as good of an idea as looking to Bill Clinton for advice on how to handle your interns.

Nevertheless, Bush made an interestingly introspective comment this week when he suggested that it would be a grave error to assume that Trump supporters are merely “idiots” because something more than idiocy is at work here.

“What I fear is that people, kind of looking down their nose, will say the people that are supporting Donald Trump are a bunch of idiots. They’re not. They’re legitimately scared. They’re fearful. They’re not as optimistic for legitimate reasons and there should be respect for that. And on the other side, a similar respect needs to be shown.”

Of course, a lot of that fear is coming from undereducted white men who feel their grip as the most dominant group is slowly slipping, and rather than accepting that the world is changing, they have turned to fear and hatred of other groups to solve their issues.

Bush is right that we cannot underestimate the power of those who support Trump considering that they have gotten him this so far, consistently defying every pollster and pundit.