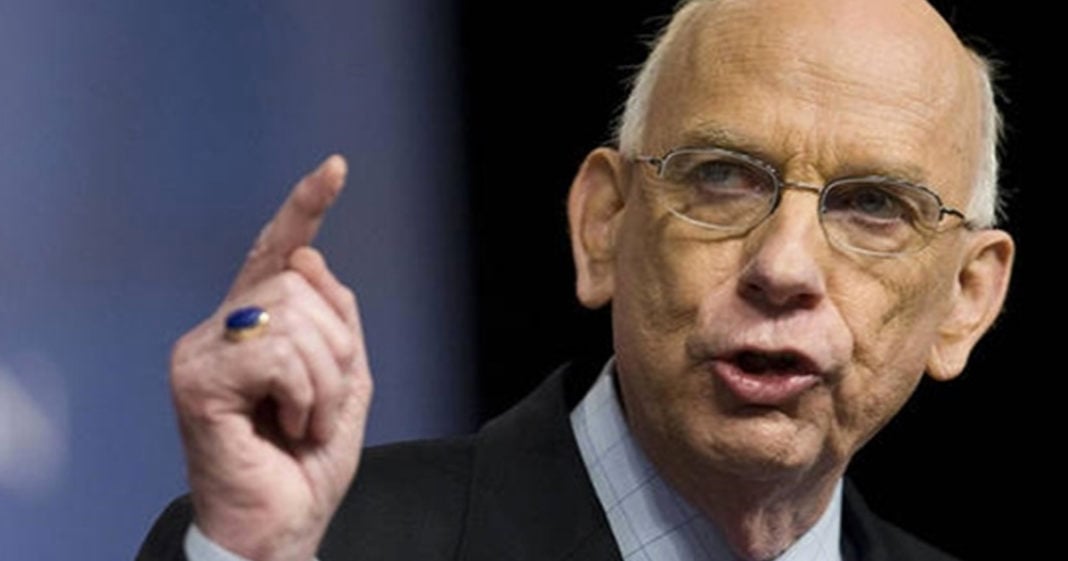 In this Majority Report clip, family members of former Republican Senator Bob Bennett told the press that on his death bed, Bennett said, “I’d love to go up to every single [Muslim in his hospital] to thank them for being in this country, and apologize to them on behalf of the Republican Party for Donald Trump.” The former Senator spoke to various news outlets in the months leading up to his death apologizing for Trump’s xenophobia.