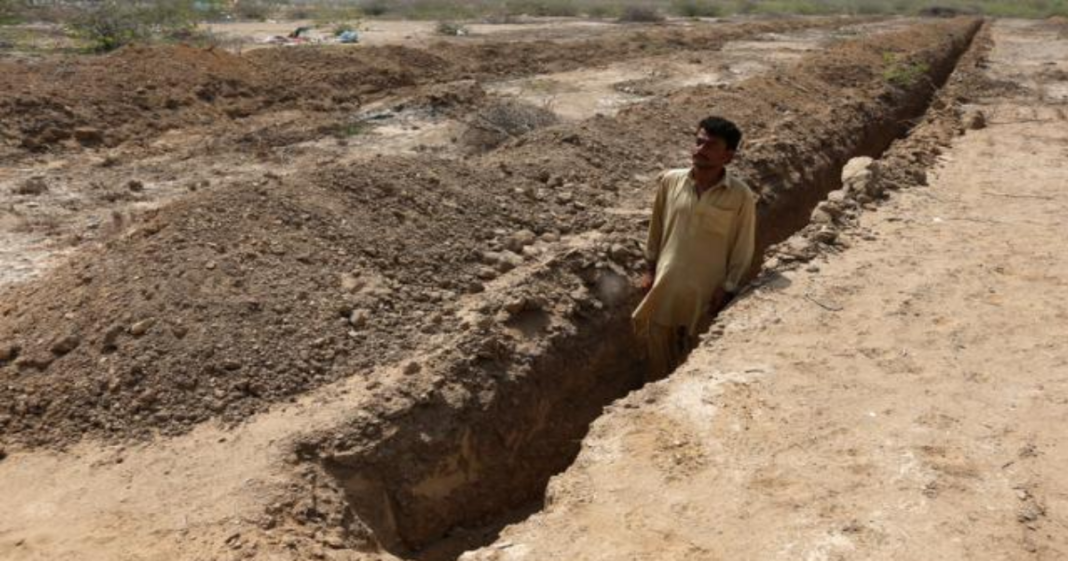 We have known for quite some time that those most affected by extreme climate change would be those in low-income nation like Pakistan, India, Iran, and others. These areas located near the equator suffer some of the most extreme temperatures in the world, even without the effects of climate change.

The rising temperatures globally are concentrated in the most deadly levels in places like Pakistan which is trying to prepare itself for another deadly summer season.

Last year, Pakistan was not as prepared, and a deadly heat wave killed thousands. Now, the nation is attempting to prepare by digging thousands of mass graves, just waiting for the latest victims of climate change.

Local governments have also made efforts to provide water stations to citizens as well as trying to give relief to low income and elderly residents.

These efforts are no doubt just in time as Pakistan’s southern neighbor India suffered its highest temperature ever on Thursday at a volcanic 123.8 degrees farenheit.