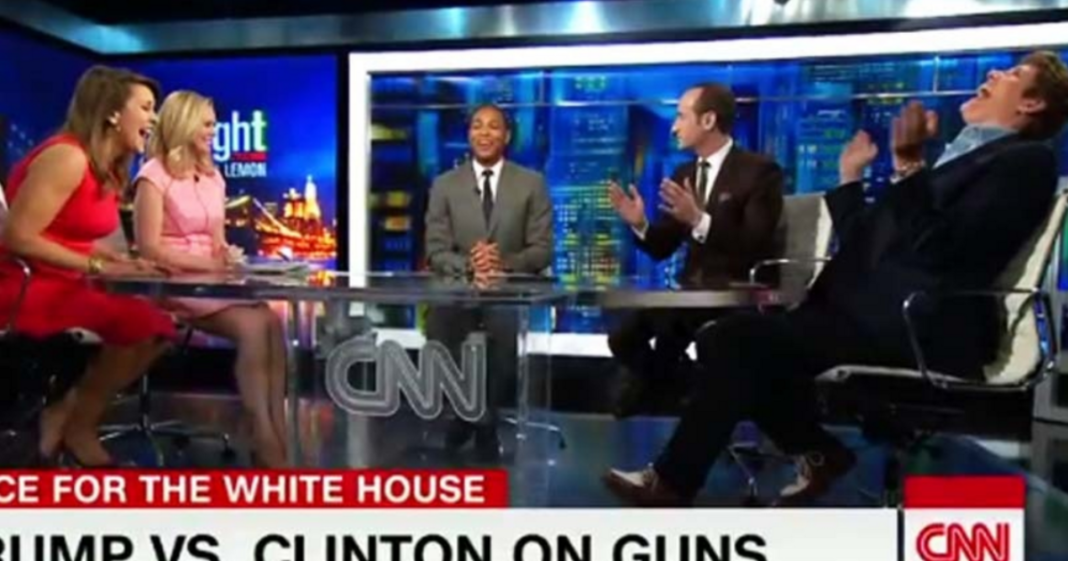 During Donald Trump’s remarks to the NRA on Friday, he posited that if Hillary Clinton becomes president, she will abolish the Second Amendment.

As CNN’s Don Lemon points out, that statement has been proven to be false again and again, and Trump is just fear-mongering the “gun-clingers” of the country to vote for himself instead of the caricature of Clinton he is painting.

Trump even posted this tweet on Saturday morning, once again saying that Clinton wants to take away all guns.

Crooked Hillary wants to get rid of all guns and yet she is surrounded by bodyguards who are fully armed. No more guns to protect Hillary!

When one of the panelists tries to say that, yes, Clinton WOULD be taking all of the guns away, the other rational pundits burst into a cacophony of laughter.