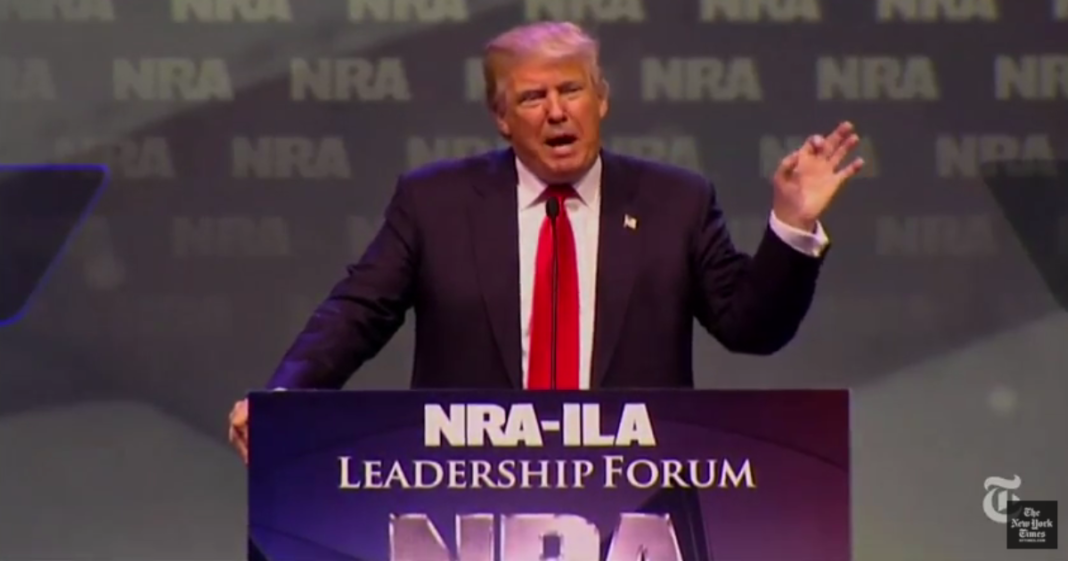 In what was certainly little more than a formality, the National Rifle Association convened on Friday to announce the organization’s official endorsement of Republican nominee Donald Trump.

As Trump took the stage, he wholeheartedly declared to the audience of gun-lovers that he would do his best to make them proud.

Trump also bragged that his sons are card-carrying members of the NRA before he launched into his attack against gun-free zones using the Paris Massacre as his launching point.

“If you would’ve had guns on the other side . . . there wouldn’t have been 130 people dead and hundreds more in the hospital . . . you would have had bullets going in the other direction, and believe me, the carnage would not have been the same.”