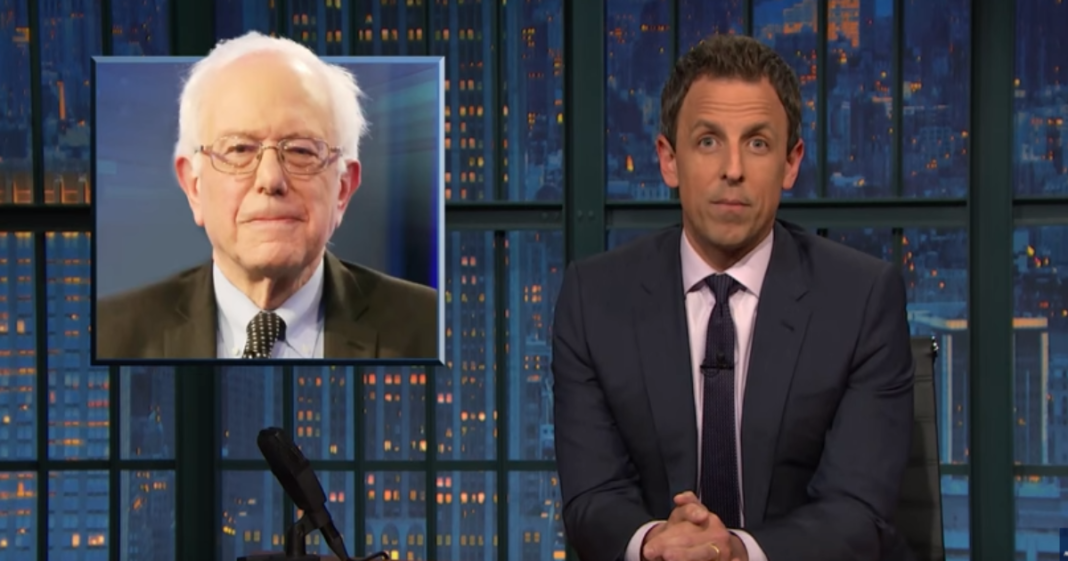 On Thursday’s “Late Night with Seth Meyers,” host Meyers outlined the growing tensions between the DNC leadership and Senator Bernie Sanders, pointing to the role of corporate media in helping to structure the narrative against Sanders supporters in the Nevada convention drama over the weekend.

Meyers pointed to the new narrative from many liberal pundits which compares Sanders to Ralph Nader, though the two share some pretty stark differences that make the comparison not only false, but offensive.

“The only thing he and Ralph Nader have in common is that neither of them own an iron.”

Then, pundits referred to Sanders as a “zombie candidate,” to which Meyers also objected.