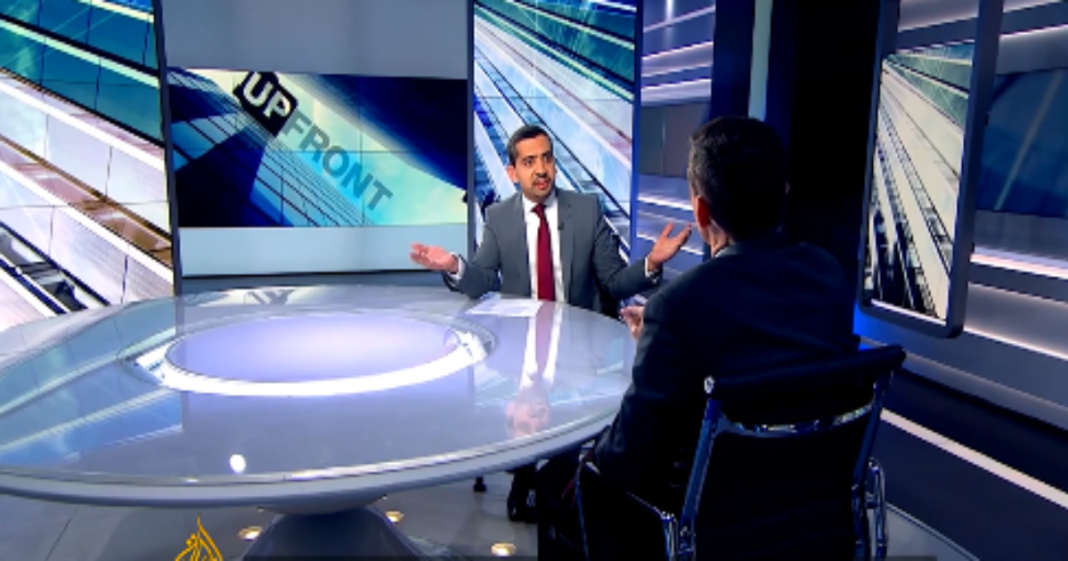 Al Jazeera presenter Mehdi Hasan hosted a member of the Trump campaign who he put through the ringer as the man tried to defend Trump’s xenophobic and racist comments through the course of the election.

Adviser general Michael Flynn stumbled through the interview as Hasan attacked again and again, showing a level of outrage concerning Trump’s candidacy that we have yet to see in U.S. corporate Media.

Hasan was not parsing words as he asked Flynn outright if he would kill the family of a suspected terrorist.

Flynn waffled, saying that he would have to see the individual situation.

“Are you kidding me?” Hasan asked incredulously. “What circumstances would justify the killing of a family? A wife and a child?”

By the time the interview was over, Flynn declared that he would no longer consider taking a position in Trump’s administration due to the aggressive and effective nature of the interview.

Journalism, folks; get a good look at it.

You must, must, must watch this 2min preview clip of my @AJUpFront intrv with Trump adviser General Michael Flynn:https://t.co/vzhIkLE5dO