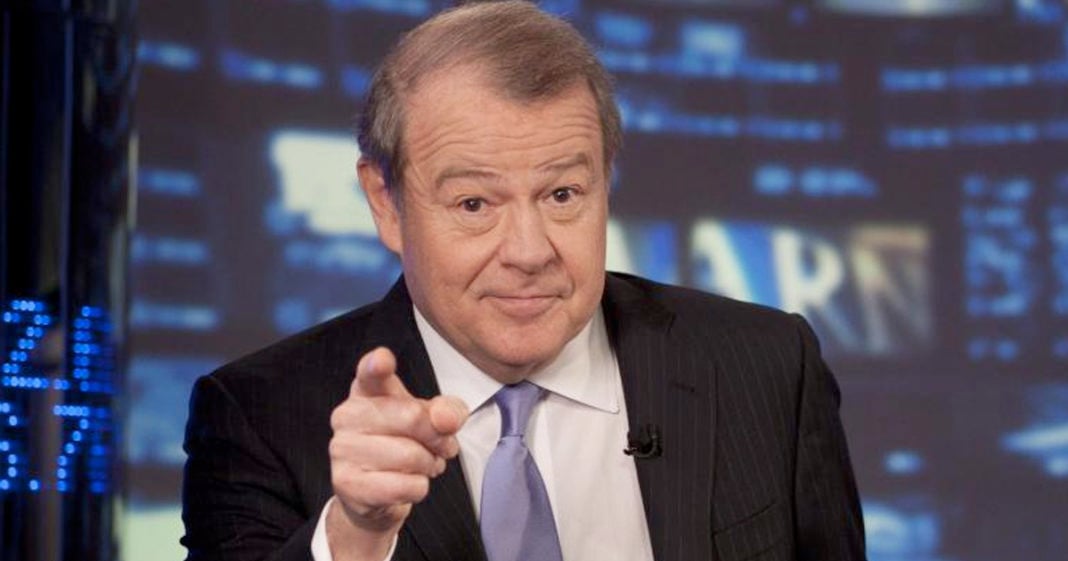 While the rest of the world grieves the loss of life from the EgyptAir flight 804 which went down in the Mediterranean sea on Wednesday night, particularly horrendous Fox Pundit Stuart Varney is already speculating about what positive effects the tragedy will have on Donald Trump’s campaign.

Varney’s comments came during a “Fox and Friends” segment in which the right-wing hyena said that the crash would be “good politically for Donald Trump.”

Though no one knows for sure the cause of the crash just yet, some have speculated that an airport employee in Paris might have placed a bomb onboard. So far, that is absolutely not confirmed, but that doesn’t stop right-wingers from jumping on the Islamic terrorist hate train.

It’s true that in Trump’s fear-mongering campaign, having some fresh blood to cry over will no doubt be effective in bringing voters to his side of irrational Muslim hatred, but for Varney to suggest that in such an insensitive and even giddy way shows just where his interests lie.

“I also think this may be good politically for Donald Trump. He’s already tweeted out, saying this is probably terrorism.

He’s the guy who is saying, hands off, keep Muslims out temporarily whist we figure out who comes in. An incident of this type is surely a plus for Donald Trump.”