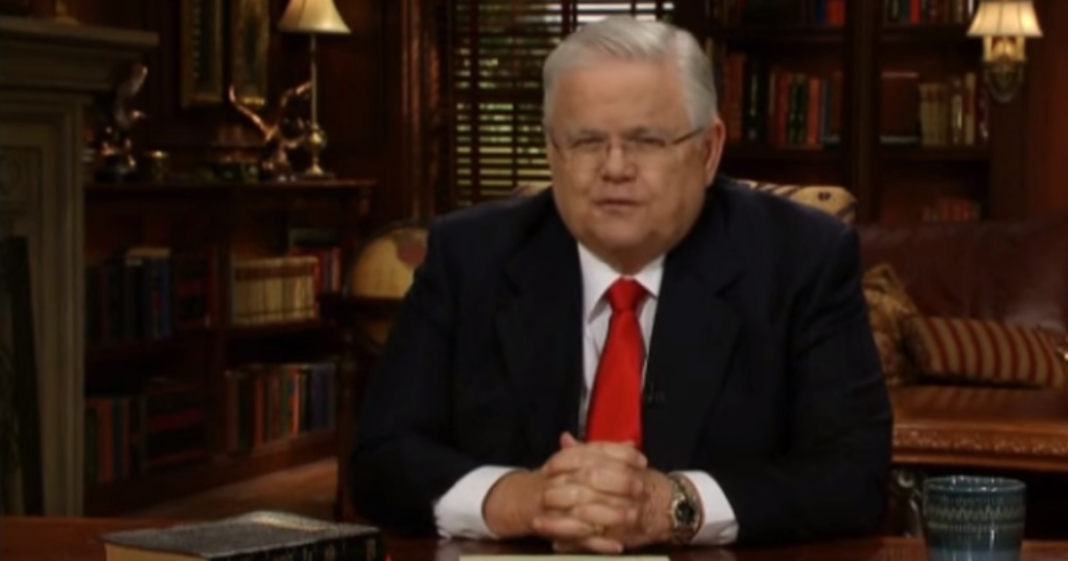 Pastor John Hagee is another in a long line of evangelical carnival barkers who moans about doom and gloom and the importance of virtue. Hagee is also among the many evangelicals who has managed to construct a twisted version of morality in order to make room in their gospel for Donald Trump, despite his decidedly un-Christian history.

Hagee told his rapt television audience that God was calling on everyone to act, and in this case, “acting” meant going out in November and voting for Donald Trump. Hagee didn’t name Trump outright, but it’s clear that he isn’t talking about any Democratic candidate.

“If you can read a newspaper, you know who I’m talking about. No candidate is perfect, but I want you to go vote and may God give us a leader who has the courage to put America first and stand up for we the people.”

Evangelicals, the unbending and unbreakable zealots for their religious principals are falling like dominoes for a man who stands in complete contrast to everything they stand for.