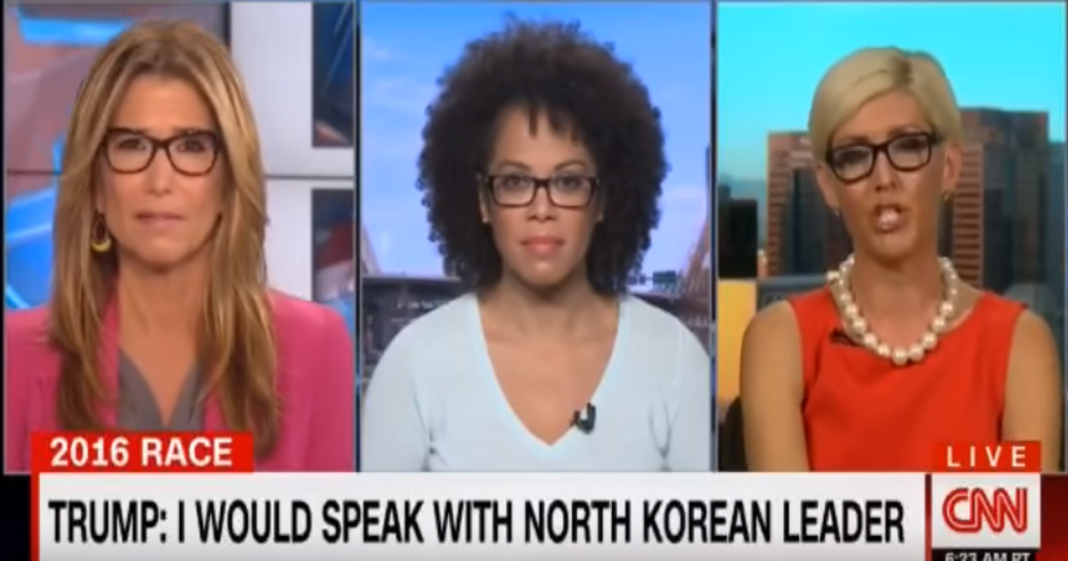 Some of Donald Trump’s comments are indefensible, even from those whose only job it is to defend the candidate. As was the case this week when Trump’s senior spokesperson Healy  Baumgardner failed to come up with a good explanation for why, back in January, Trump characterized North Korean dictator Kim Jong Un as a brave kid who confidently took the help of his strictly controlled country after the unfortunate death of his father.

In reality, Kim Jong Un is another in a line of ruthless rulers who has thrown thousands of Korean citizens into internment and work camps, assassinated political enemies, and in the case of Jong Un, even murdered several members of his own family upon his ascendancy.

When asked to give clarity to Trump’s remarks, spokesperson Baumgardner stumbled, only repeating more than once that Donald Trump wants to “keep and open dialogue and repair relationships with world leaders.”

Sure, Trump is getting into feuds with David Cameron and other close American allies, but he wants to be close buddies to psycopathic Kim Jong Un? I guess you can only work with what you’re given.