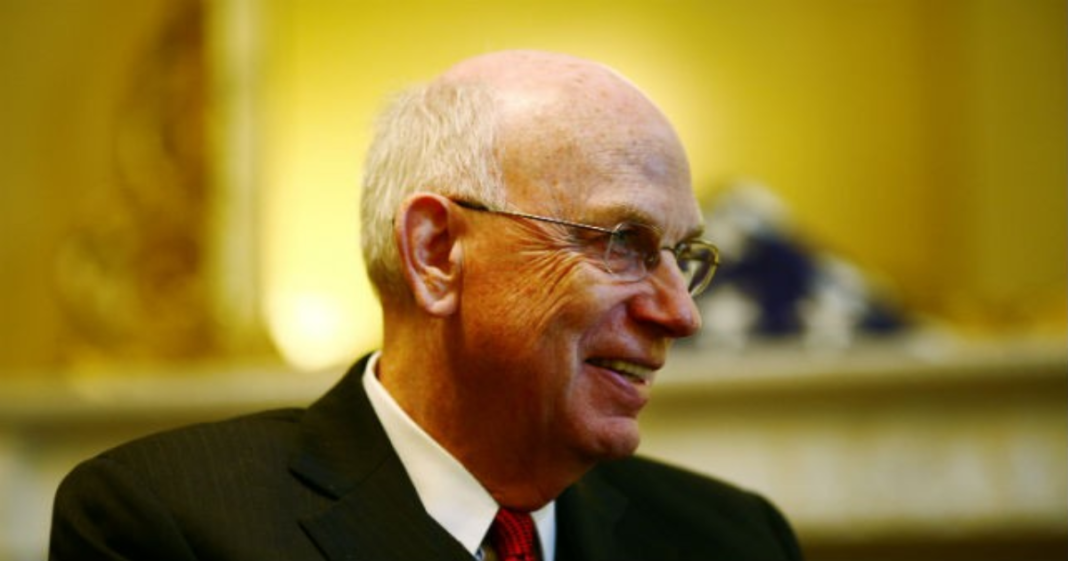 While liberals and conservatives have long disagreed on many fundamental issues, the one thing that Donald Trump’s campaign has done is expose who among Republican lawmakers and politicians are honorable and integrious from the scores of yellow-bellied fair-weather conservatives who have either wholeheartedly or tentatively embraced Trump’s nomination.

Among the former is three term former Senator Bob Bennett who lay dying in the hospital just weeks ago. Bennett died on May 4, but before he did, he made it clear that one of his dying wishes was to reach out to American Muslims to apologize for the role his party has had in alienating and endangering them, and to make it clear that he welcomes their presence in the country.

Bennett had long suffered from pancreatic cancer, but a stroke two days before had left him partially paralyzed.

Bennett told his family in his final days that he wished he could personally meet an apologize to any and every Muslim in the hospital he was staying at in George Washington University Hospital.

“Are there any Muslims in the hospital?” he asked.

“I’d love to go up to every single one of them to thank them for being in this country, and apologize to them on behalf of the Republican Party for Donald Trump.”

Bennett had also recently told a local Utah paper that he was glad about the Muslim population in the area, calling the religious group “wonderful.”

Bennett’s deathbed wish was not fulfilled, but before he was hospitalized, Bennett had acted on his impulses, going up to Muslims in public to express his happiness at their presence in the country and apologize on behalf of his party.

It’s a shame that we have lost Bennett and his reasonable and compassionate view of the world. It is no wonder that the Republican party has changed so drastically and alienated so many as it shifted from a party dominated by men like Bennett to tea-party extremists and the likes of Donald J. Trump.