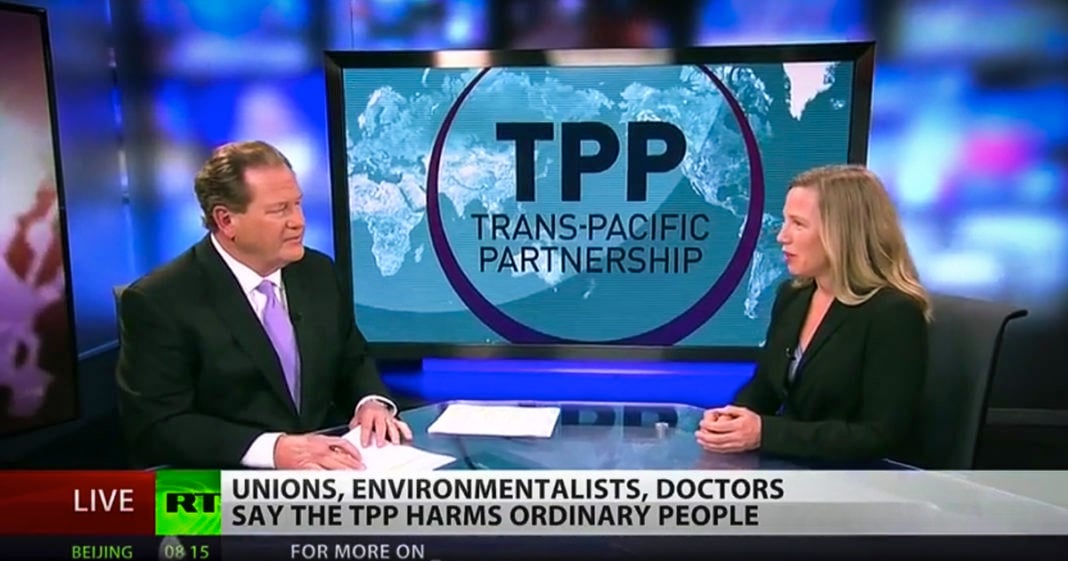 Protests and marches against the Transpacific Trade Partnership (TPP) led by the activist group Popular Resistance swept through Washington, DC. However, with the picture of the 2016 elections coming clearly into focus and President Obama still trying to push the deal through before his exit, it’s important to know how the fight against the TPP could play out. Margaret Flowers, co-director of Popular Resistance, joins “News with Ed” to break it down.