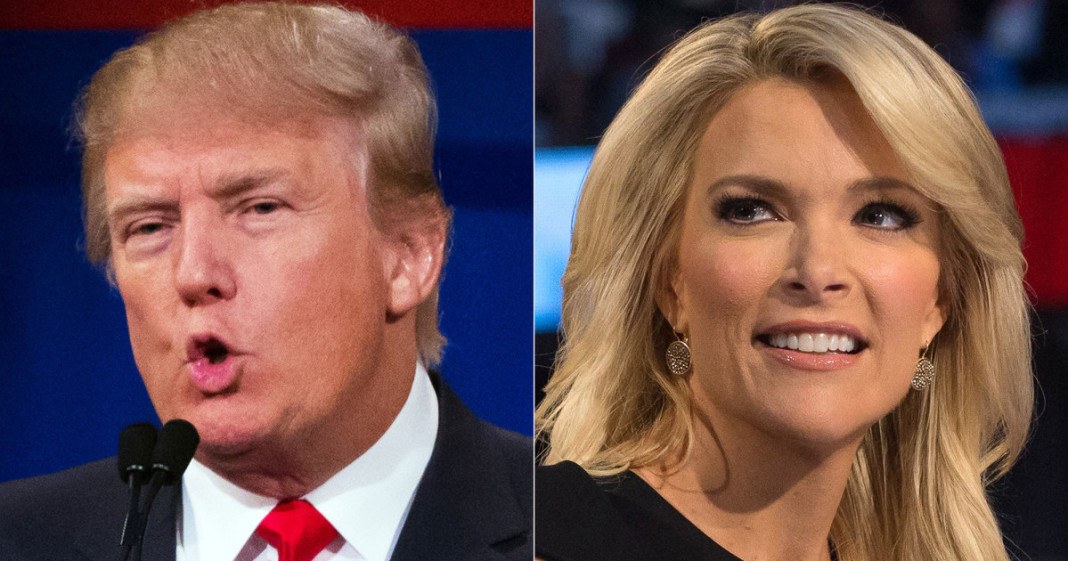 A Tuesday night sit-down interview between Fox’s Megyn Kelly and Presidential candidate Donald Trump was intended to be the relationship-mending interview that would bridge the gap between the two since the first Republican debate.

Kelly kept the interview mostly light, preferring to stay away from the jabbing political questions for which she is famous.

Though the interview was meant to be more about Trump’s personality and life, Kelly did push him to defend his insulting comments made about Kelly via Twitter and media during their spat.

Trump, ever the non-apologist, merely said “excuse me,” and nervously laughed the question off.

He and she shared a few awkward moments as he faced up to the terrible things he had said to the women he had said them about.

Trump may be a misogynist, but he’s also a coward, and what he would say behind a keyboard is not at all what he would be brave enough to say to the earnest face of the one he insulted.