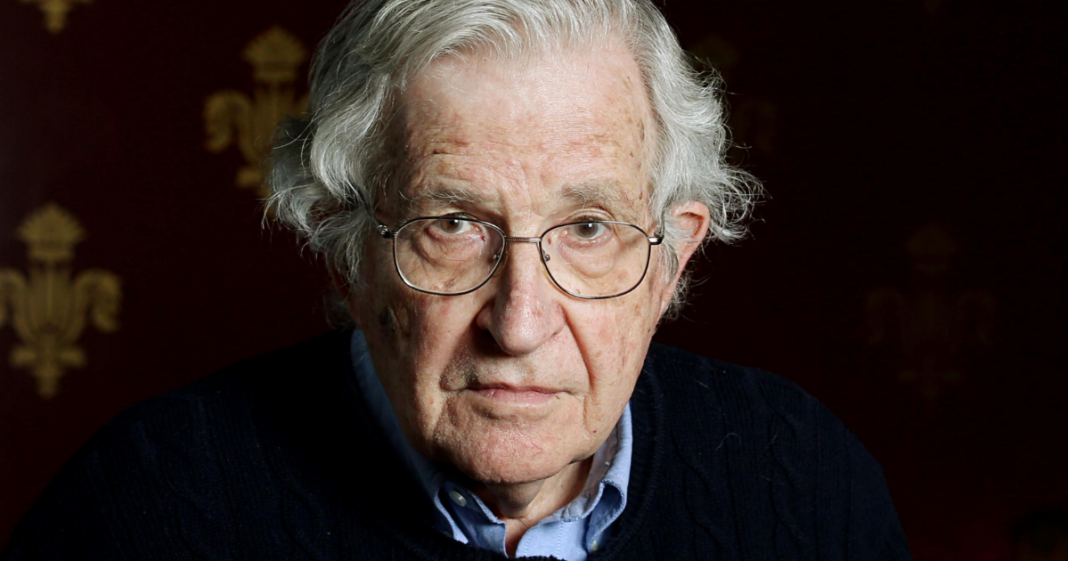 Noted political dissident Noam Chomsky has made several rounds this political season, speaking out against the horrid political system in which we are currently entrenched. Chomsky has criticism for both sides of the aisle as both parties take on record levels of corruption, but he reserved his most volatile commentary for the GOP.

Chomsky noted that it is possible that the GOP is the most dangerous organization in human history based on a few key factors.

“We should recognize—if we were honest, we would say something that sounds utterly shocking and no doubt will be taken out of context and lead to hysteria on the part of the usual suspects, but the fact of the matter is that today’s Republican Party qualify as candidates for the most dangerous organization in human history. Literally. Just take their position on the two major issues that face us: climate change, nuclear war. On climate change, it’s not even debatable. They’re saying, “Let’s race to the precipice. Let’s make sure that our grandchildren have the worst possible life.” On nuclear war, they’re calling for increased militarization. It’s already way too high, more than half the discretionary budget. “Let’s shoot it up.” They cut back other resources by cutting back taxes on the rich, so there’s nothing left. There’s been nothing this—literally, this dangerous, if you think about it, to the species, really, ever. We should face that.”