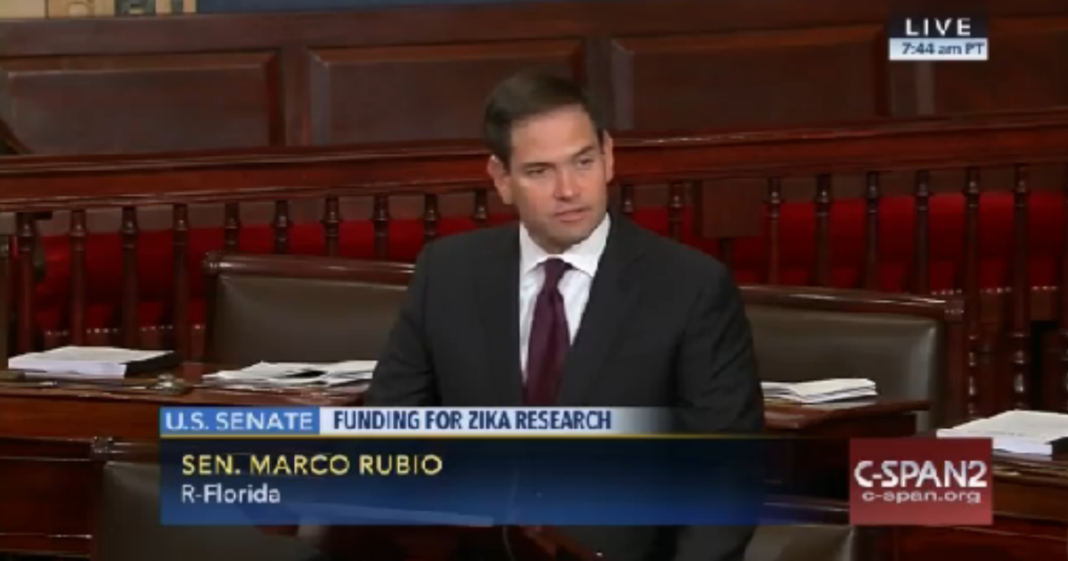 Throughout his bid for the presidency, Senator Marco Rubio was criticized for being a never-there politician, engaging in large absences over his term and failing to perform the job he was put in the Senate to do.

Though Rubio has made it clear that he plans to be a private citizen in January of 2017, he appears to be taking the remainder of his term at least somewhat seriously as he took to the senate floor on Tuesday to chastise the Republican-dominated senate for its obstructionist tactics and relative inactivity.

The comments came as the senate was discussing federal funding to combat Zika virus. Senator Rubio urged, almost begged, his fellow Senators to address this important public health issue in a non-partisan way.

“I support fully funding the requests made, people say the president’s request. Fine, it came from the White House. But it’s really the scientists’ requests, the doctors’ requests, the public health sector’s requests for how to address this issue.”

“Why are we taking this chance? It makes absolutely no sense.”

For the majority of President Obama’s time in office, the main goal for congressional and senate Republicans has been to block, obstruct, and strike down any and all legislation supported and proposed by the Democratic president. Though Rubio has so far done nothing to condemn or rectify this situation, his outburst on the Senate floor was a promising first step of self-awareness and clarity.