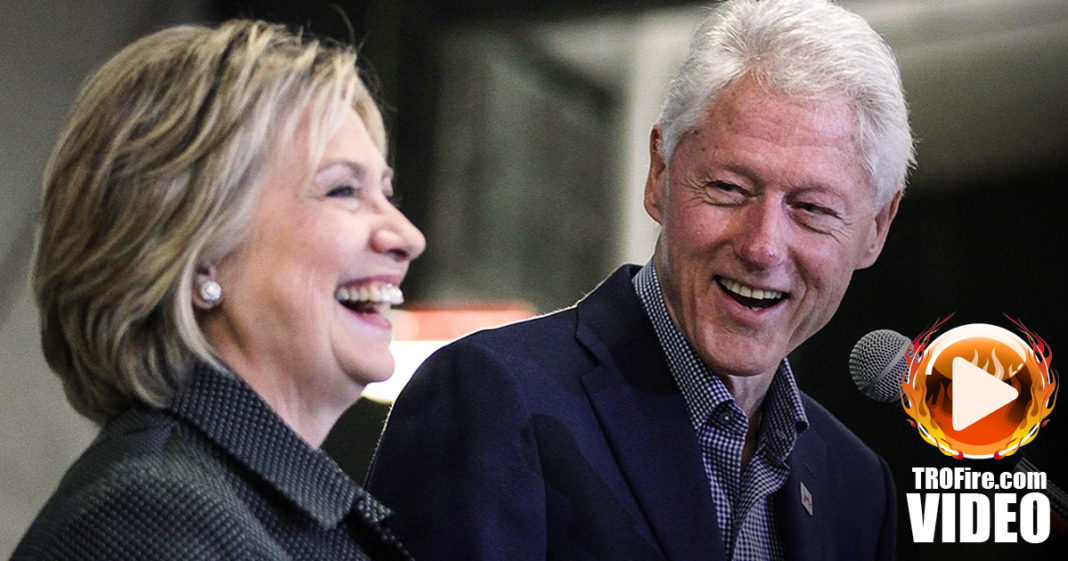 Now that Hillary Clinton has told her supporters more than once that she intends to put Bill Clinton to work in her administration, it becomes difficult, if not impossible, for the candidate and her supporters to continue complaining that attacks on Bill are not legitimate criticisms of Hillary as well.

Clinton says she wants to put Bill to work, helping from every aspect of her administration from trade to jobs. Those who remember the Clinton administration might think that this sort of trust in Bill is a great idea, after all, the 90’s were a relatively comfortable time period for the American middle class. But once you take off the rose-tinted glasses, you may realize that a great deal of Clinton-era policy has lead to many of the issues we are facing in 2016.

First, there’s the crime bill for which Secretary Clinton has had to apologize repeatedly, meanwhile, old Bill continues to defend his crime bill and shame Black Lives Matter protesters who dare to question him. That was the bill which gave us the now-infamous comment from Hillary about “super-predators.” The crime bill purported to cut down on out-of-control drug use and crime in America at the time, but it instituted overly-severe penalties and discriminatory practices which resulted in a very racialized criminal justice system which still stands today.

Then there are the disastrous trade deals put in place by the Clinton administration. Foremost was NAFTA, or the North American Free Trade Agreement which was signed into law by president Clinton in 1993. If you’ve seen just one debate or speech from Senator Bernie Sanders, you’ll know what progressive Democrats think of this “disastrous trade deal.” NAFTA is such a bad deal that even psychopath Donald Trump wants to give it the boot.

And sure, Hillary Clinton wasn’t the president in 1993 when that trade deal was signed. She wasn’t the president when the 1994 crime bill was ratified. But if a 2016 Clinton administration plans to put the former president Clinton up close and personal with modern day America, it’s necessary to closely scrutinize that decision.

Though charming Bill has a way with the American people, anyone who looks at him as he stumps for Clinton across the country can see that he has lost most of his charm and graces. What is left is a defensive man who is fiercely protective of his legacy, who has so far refused to see the error of his ways. If Clinton wants him in her administration, making the call on issues as important as trade and job growth, doesn’t that call into question her own judgement?

I mean, what’s next? Bill’s going to sign a few laws? Bill will be meeting with Netanyahu and Putin? Clinton is attempting to inject her campaign with the rosy nostalgia of her husband’s administration, just hoping that they won’t remember all the bad that came from it.

And I can guarantee you that younger voters won’t give a damn about how fun it was to be an American while Bill served his time. What we know is that Bill Clinton is responsible for the bulk of the criminal justice issues we face in the modern day. We know Bill likes to shout at those trying to address those issues. We know Bill gave us NAFTA, leading the way to other trade bills like the TTP and the TTIP. We know Bill as a punch line on a joke we were too young to understand the first time around.

With Bill having a leading role in the White House, how can voters expect a Hillary Clinton administration to correct the mistakes made in the 90’s?

We can’t expect that the same mistakes and misdirection which got us into this mess is going to get us out of it. If Clinton expects to win in 2016, she had better do a better job of drawing a line between her and her husband’s administration, because until then, we see no difference.