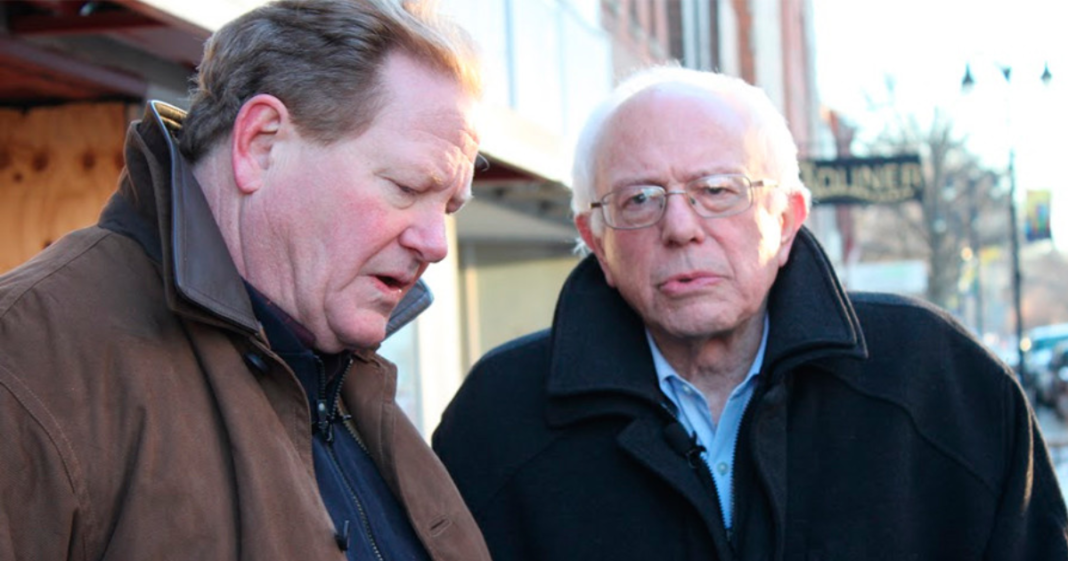 Schultz, who has broadcast his strong, progressive opinions from corporate media, radio, and progressive news sources, gave a rousing introduction for Senator Sanders, urging voters to not give up the fight for the best candidate.

Once Sanders took to the stage, he took a moment to express his gratitude to Schultz for the work he has done, particularly concerning his criticisms of trade deals, which many speculate is what lost him his position at the Comcast-owned MSNBC.

“He’s had national radio shows, he’s had national TV shows. Our media is owned by very large corporations. They don’t want certain issues to be widely discussed. [Schultz] more than any other person in the media has been the person to educate the American people on the disastrous trade agreements in this country.”

Such kind words from @SenSanders! You can watch our interview here: https://t.co/f3M7Vg2Vm7 pic.twitter.com/EElEPWMANR