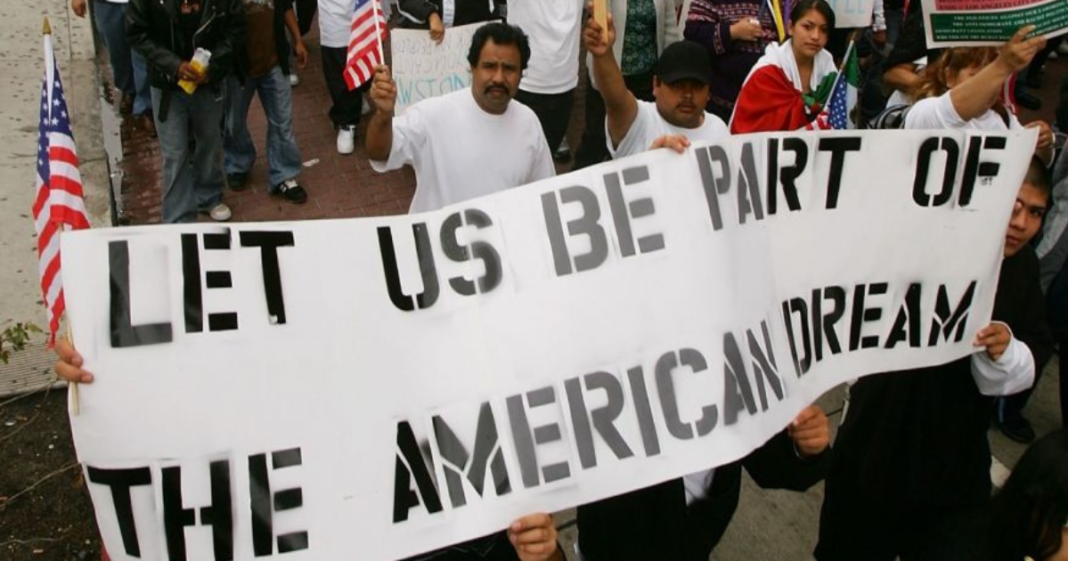 This article was originally published in September of 2015, back when Donald Trump’s candidacy seemed more like a joke than a distinct possibility. Now that Trump has been made the Republican nominee, let us reflect on the reality of some of his early campaign promises:

Donald Trump seems to be enjoying some success at the moment by pandering to America’s lower-order primates with all his “tough talk” about deporting residents of Latino ancestry, regardless of citizenship or residency status. Well – news flash, Donny boy…America tried that once. It didn’t work out so well back then, either – and about ten years later, the US federal government was begging them to come back.

Like Donald Trump, President Herbert Hoover was a right-wing, corporatist, Republican hack. Most infamous for turning the US Army on the country’s own citizens during the “Bonus Army” incident in 1932, Hoover was clueless on how to handle the economic catastrophe that came in the wake of the Stock Market Crash of 1929. The Great Depression was a direct result of nearly a decade of Republican control  and corporatist policies. However, instead of trying to address the underlying rot, Hoover’s Administration focused on treating the symptoms of the disease. The GOP didn’t hesitate to find scapegoats. Case in point: Americans of Mexican descent. Many of these families had been in this country since before the signing of the Treaty of Guadelupe-Hildago in 1848, when much of the western US was part of Mexico. Most were legal United States citizens, and many had property (the treaty allowed Mexican families to keep their lands after the US takeover).

None of this mattered in 1930. Wall Street and the banksters had put the world economy into the toilet. Unemployment was well on its way to double-digits (it would peak at nearly 24% by 1932). Most ordinary citizens didn’t understand why it had happened – they only knew that their incomes were shrinking and jobs were getting harder to find. It had to be somebody’s fault. At the same time, Hoover needed an issue to use in order to divert criticism of his Administration. Mexican-Americans were the perfect target.

Between 1930 and 1932, as many as 2 million people of Mexican ancestry – 60% of whom were citizens or legal residents – were summarily rounded up and “repatriated” to Mexico. Often, there was no hearing or due process. Many left the country under threats of violence.  The “official” justifications for such action included reducing the number of people living on assistance (the figure was less than 10%) and “freeing up jobs” for “real Americans.”  And what of children of immigrants who were born on American soil, and therefore entitled to citizenship under the 14th Amendment?  According to California State University professor and author Francisco Balderrama, immigration officials claimed they didn’t want to “break up families.” Unfortunately, this is exactly what happened in too many cases.

It’s a dirty little secret of American history that Anglos have conveniently forgotten. However, the Mexican-American community continues to remember it in stories and songs.

The history of the Mexican Repatriation of the 1930s has an interesting epilogue. By 1942, the United States found itself fighting for its life on two fronts. For months after the attack on Pearl Harbor, the US suffered one defeat after another, and victory was far from being a foregone conclusion. As almost every able-bodied man between the ages of 18 and 35 was either drafted, enlisted in the Armed Services or went to work in war-related industries, the number of agricultural workers dwindled. The situation led to food shortages, threatening to bring chaos. With hat in hand, President Franklin Roosevelt went to his counterpart in Mexico, President Manuel Camacho, in order to discuss Mexico’s part in the war effort (Mexico had joined the conflict on the side of the Allies in May of 1942).  In short, the US asked the Mexican laborers to return under the auspices of the “Bracero Program.”

Recently, Alabama tried its own version of the 1930s “Mexcian Repatriation.” The results were similar: agricultural jobs went unfilled, and businesses that depended on their Mexican customers’ dollars began to suffer. Donald Trump, who continues to shoot off his mouth without any real facts to document his views, now has not one, but two examples from history, illustrating the abject failure of the policies he’s calling for.

But then, like most GOP politicians, Trump has never let petty details like “facts” stand in the way of his agenda.

Watch our commentary on the Republican immigration agenda: