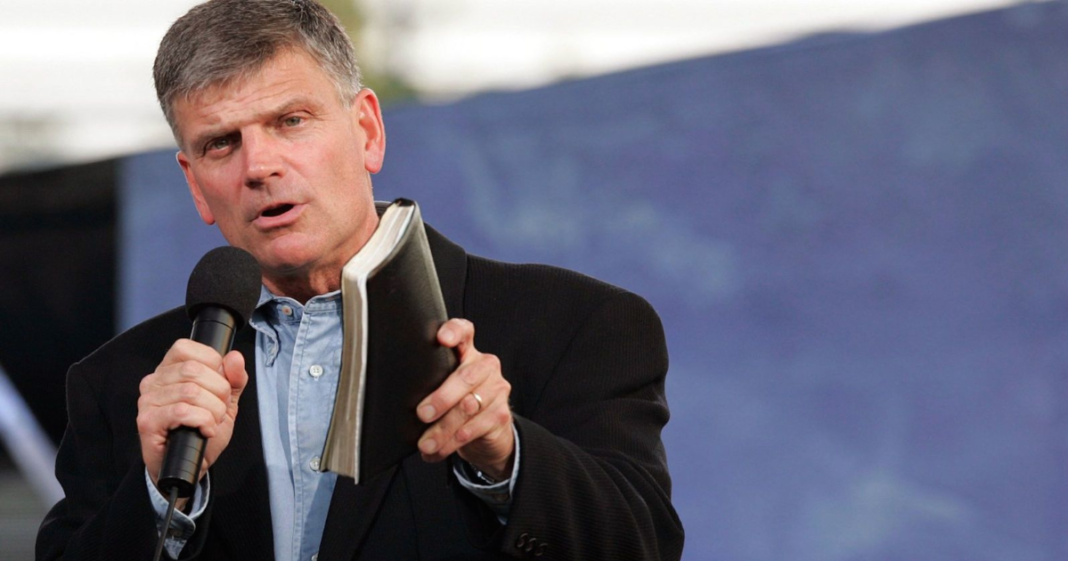 Evangelical wingnut Franklin Graham has been particularly active on social media as of late discussing the issues surrounding the so-called “Bathroom law” in North Carolina and the decree made by President Obama mandating that schools across the nation make restrooms available to fit the needs of all students, trans students included.

Graham, who made his opinion on the issue clear in more than one Facebook post most recently published a cryptic bible-centric rant about how Christians should be willing to take a bullet for their beliefs. Though Graham didn’t mention the trans bathroom rule specifically in his post, the overall tone of his page and previous posts made it clear that issues of trans people are particularly on his mind.

“I want to call on every Christian and every pastor to stand firm like these patriarchs of old and not bow to the secular, increasingly godless culture in which we live—even when (not if) we’re criticized, mocked, and labeled intolerant.”

At least we can be thankful that Graham is calling for these zealots to take bullets rather than handing them out, but either way he paints intolerance and discrimination as some sort of righteous cross to bear, giving courage to those who only want to oppress others.