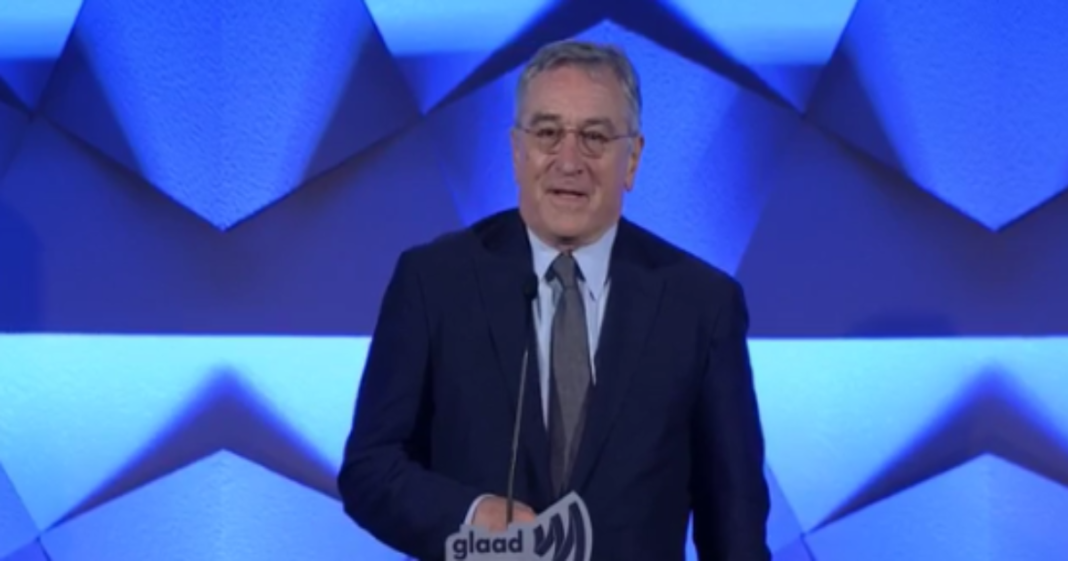 Robert De Niro isn’t the sort of celebrity to get himself too wrapped up in political goings-ons, but this weekend as the actor was accepting an award at the GLAAD Media Awards, he couldn’t help but to comment on one particular presidential candidate.

“You think you’ve got it bad, LBGT community? I don’t think you know what it’s like to be really discriminated against…  I recently turned on the television news and saw this odd guy with little hands, and he was raving. Turns out, the ones being discriminated against are straight, middle-aged white men… It makes sense. I’ve been losing parts right and left to what used to be called ‘diversity actors.’ One that really hurts, seeing the role of Dr. Dre inStraight Outta Compton going to Corey Hawkins. And I can’t remember the last time I got a Teen Choice Award. … It’s not easy being a straight, white man.”