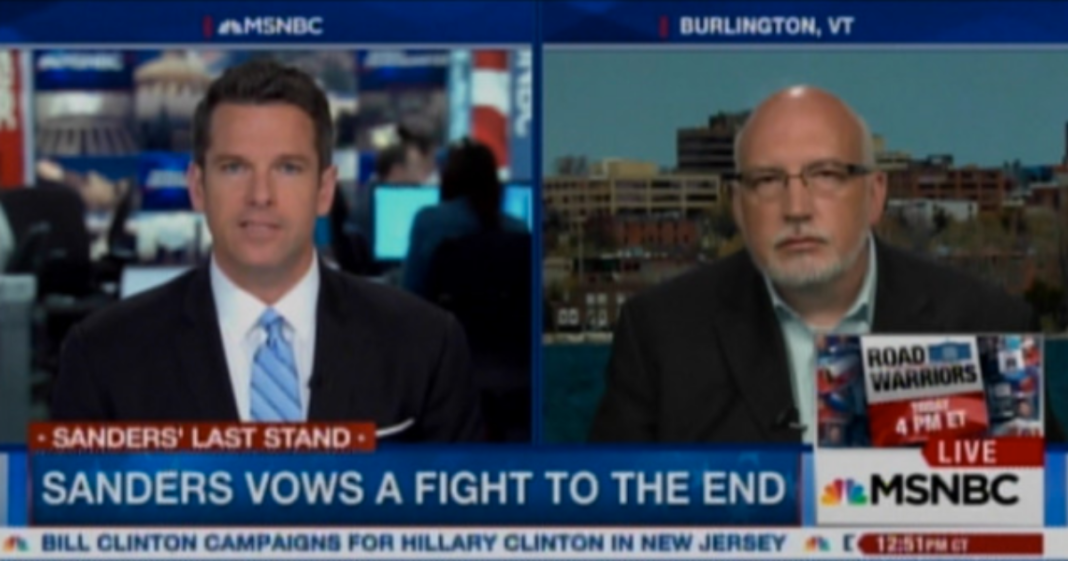 It’s clear by now that it is in MSNBC‘s and network owner Comcast’s best interest to push Senator Bernie Sanders out of the presidential race,which is why pundits are putting a great deal of pressure on the candidate and his staffers to do so.

During an interview with the Sanders campaign’s top aide Jeff Weaver, an MSNBC host pressed Weaver to admit that the campaign has no chance of gaining the nomination.

“But, Jeff—when we look at the math, is it intellectually dishonest to tell these supporters that you can actually win when there are only a little over 1,000 delegates left? Bernie Sanders needs to win almost 100 percent of them. Hillary Clinton only needs to win 10 percent of them before the convention.”

“I mean, there’s one thing to say you want to take it all the way to the end, but telling supporters that you can win is factually incorrect.”

Weaver denied that allegation, saying that neither candidate will meet the required number of delegates, meaning it will come down to Superdelegates either way.

Sanders isn’t out of this, no matter how much corporate media insists he should be.