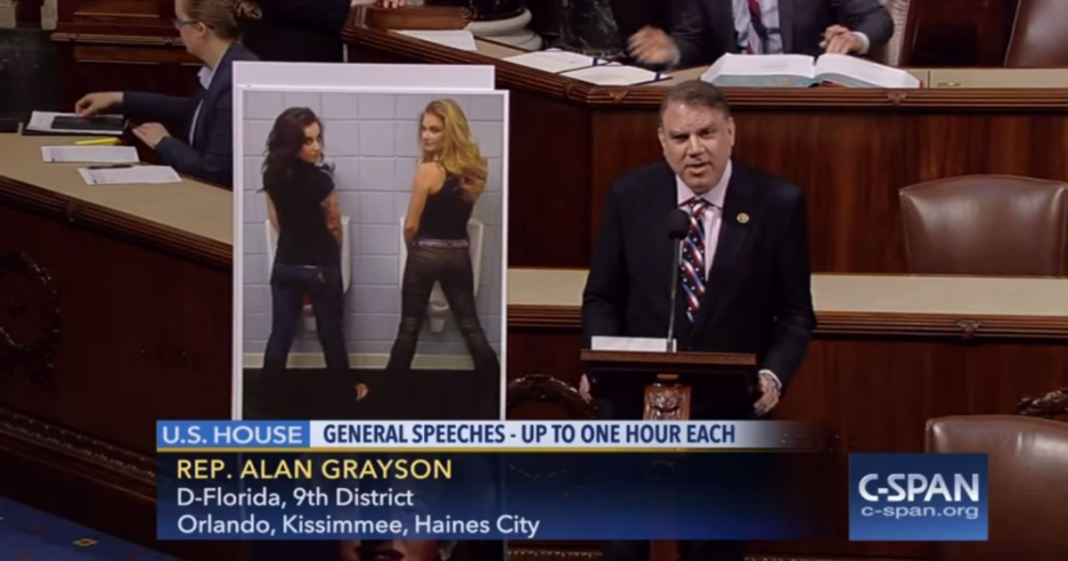 Florida representative Alan Grayson took to the House floor on Friday to deliver a comedic but biting commentary on the recent Bathroom law debate which has raged all over the country since the passing of North Carolina’s controversial law requiring that trans individuals not use the bathroom which corresponds to their gender identity.

As a result of the law, several other states are looking into passing their own trans-scare laws and the Federal department of Justice has launched a suit against the state of North Carolina.

Progressive firebrand Grayson took to the floor on Friday to express his disgust at the laws and talk about the real hypocrisy of Republicans focusing so intently on such a non-issue.

“I rise today to address the great American bathroom controversy,”

“It turns out the party of small government wants a government small enough to fit underneath the toilet seat.”

Grayson’s brave and mocking speech falls right into his progressive brand, putting him in a small group of officials who are willing to stand up – all the way up – for those being disadvantaged and discriminated against.