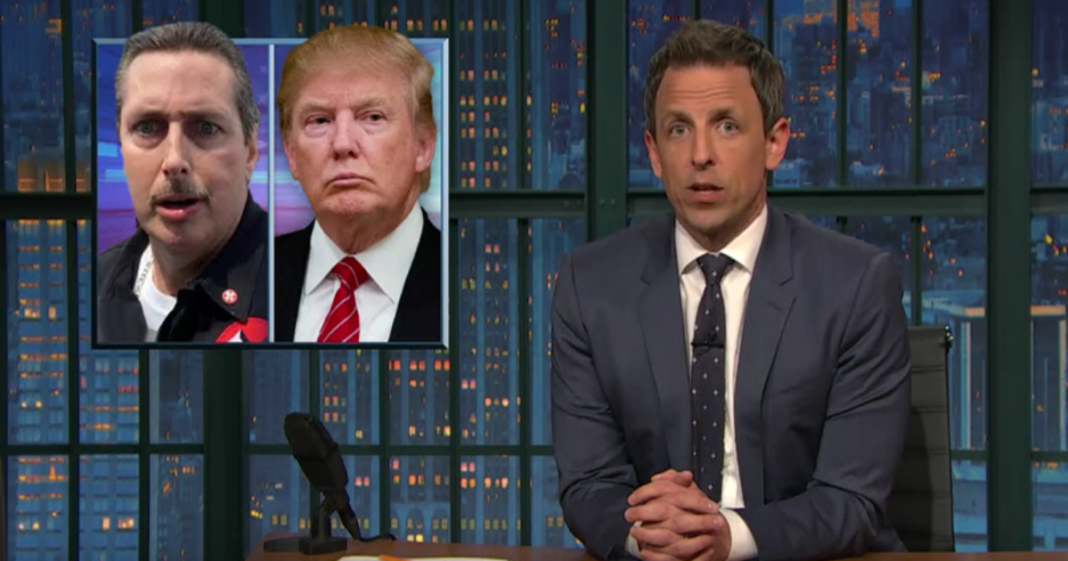 During a recent edition of “Late Night with Seth Meyers,” host Meyers delved into the recent white power-related dust-up in the Donald Trump campaign.

As it turns out, a delegate selected to represent the campaign was actually a prominent member of a White Nationalist group and the Trump campaigns claims that they didn’t know a thing about it! All of this despite the fact that records show they had extended contact with the race hater.

Meyers commented on this strange “coincidence.”