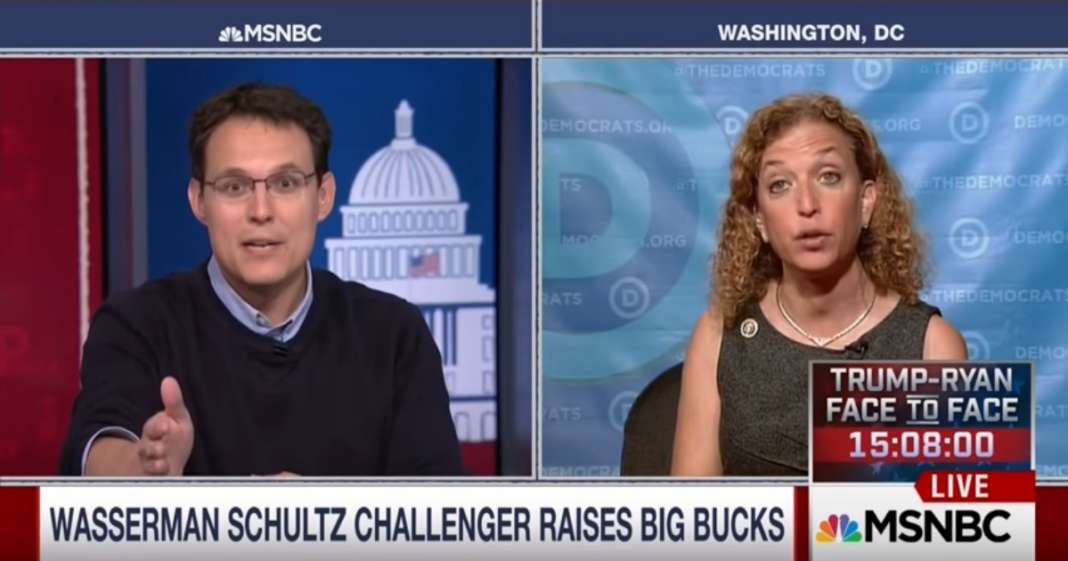 ‘Dodging’ Debbie Wasserman Schultz was at it again on Thursday when she once again refused to respond to pointed questions about whether or not she would take part in a Congressional debate with her Democratic primary opponent Tim Canova.

Canova, who has gained a great deal of grassroots support among Democrats who oppose Wasserman Shultz’s establishment bias, has pushed repeatedly to debate his incumbent opponent to no avail.

Until now, the requests to debate have been easily ignored by Wasserman Schultz as she claimed to be busy focusing on the general election and helping to run (rig) the DNC. But Thursday’s interview was her most uncomfortable denial yet as she refused again and again to answer the legitimate question posed by MSNBC’s Steve Kornacki.

Wasserman Schultz’s continued feigned ignorance concerning the very real threat of losing her Florida congressional seat to progressive Canova is the same sort of head-in-the-sand nonsense we have come to expect from establishment Democrats. Wasserman Schultz knows she has the support of Barack Obama and Hillary Clinton behind her, so this pesky nobody with all of this grassroot money and support means little to her – at least that’s what she would have us believe.

By refusing to respond to Canova, she is ignoring the will of her constituents. Her arrogance will likely be her downfall.