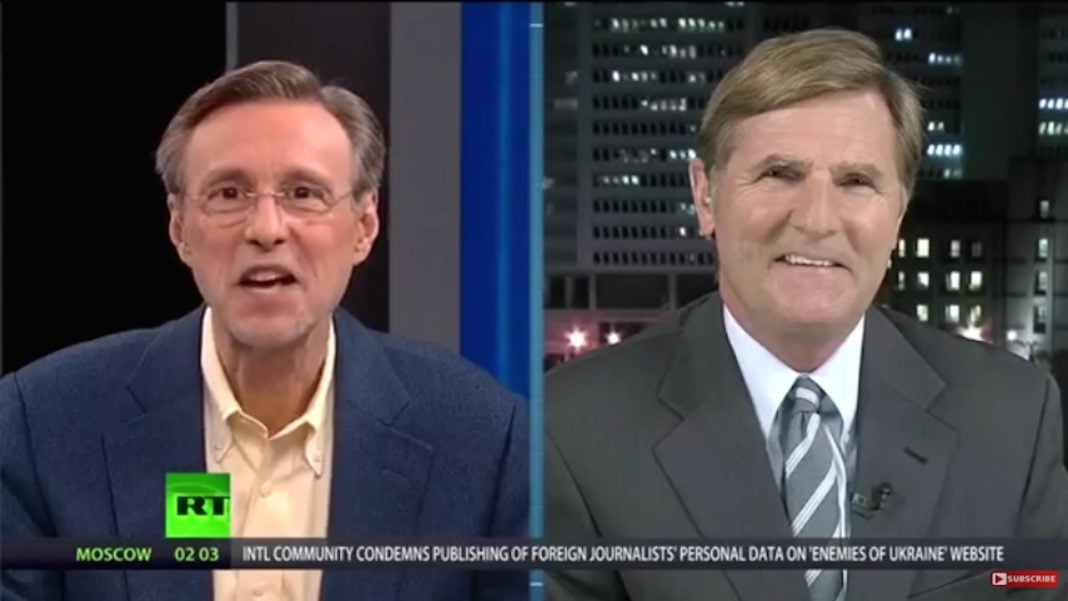 News has been buzzing this week about Monsanto’s RoundUp now that the truth is finally available to the public about the chemical’s deadly properties. America’s Lawyer, Mike Papantonio, discusses the dangers with Thom Hartmann.

Tom: Earlier this month the EPA posted, then retracted a study connecting glyphosate, if I’m pronouncing that right, an ingredient in Monsanto’s Roundup herbicide to cancer. The world health organization has already labeled glyphosate a probable carcinogen. Why did the EPA retract their study?

Mike: Because the EPA is just like the FDA. There has been so much influence, corporate influence with the EPA. As you know, these are the types of cases I handle. I’m always amazed that there haven’t been Department of Justice indictments of what’s going on with the EPA and the FDA right now. Today we have the world health organization telling us what independent researcher and scientists have been saying for a long time, and that is that Monsanto’s Roundup is a probable carcinogen. Understand this is a big deal. For IARC or the world health organization to say that Roundup is a probable carcinogen, that is a major leap. Hardly ever do that. Which means that the positive, that the chemicals in Roundup causes cancer in humans. Lab test have been shown consistently that these chemicals cause cancer in lab animals. The relationship between what we see in monkey studies and what we see in humans is direct. You don’t find a better surrogate relationship between testing animals, such as primates, and the results that you can expect in humans.

We see the direct relationship. Monsanto responded to this news the same way they did when their chemicals in Agent Orange and aspertains in PCBs were linked to cancer. They told us that the scientists were wrong. They’re smarter than anybody in the room. They cherry pick the data to make it look worse than it actually is. They created this glyphosate task force. This is very interesting. People don’t understand what’s happening. The media gets this report from this task force. It’s Monsanto, they create the task force. The corporate media doesn’t have enough sense to ask the question; “Who are these people who are saying that this is all ridiculous science and there’s nothing to this?” These are the very people who are selling Roundup. Roundup, they tell us it’s safe, it’s environmentally friendly and non-toxic. We know that’s a lie.

Mike: It wouldn’t surprise me. As you know, Hilary Clinton. Look at her ties to Monsanto, GMOs, you name it. Monsanto gets what they want from the Hilary Clinton family. More importantly, the thing that you see about Monsanto; I’ve operated case against all of these folks. Whether it’s DuPont, whether it’s Pfizer, whether is Mark. Monsanto knows deception better than most corporations that I’ve worked against in America today. They’re well financed to the point that they can create at many front groups as they want. Pay off as many scientists as possible. What they are trying to hide from consumers, here’s what’s awful. They’re trying to hide from consumers that organization after organization has said that Roundup is related to ADHD, Alzheimer’s disease, autism, birth defects, brain cancer, breast cancer, kidney disease, heart disease, ALS, MS, Hodgkin lymphoma. I could go on forever. The problems that we’re seeing, Parkinson’s disease, for example, what happens is this is a cumulative type of product. It builds up in the human body year after year, and we’re spraying 100 million tons of Roundup every year. Both on farms and around our own households.

The chemicals are so potent, Tom, that they’re detectable in human bloodstream within 30 minutes of exposure. Very unusual for that to happen. Here’s the worst part, neither the EPA or the FDA test for Roundup residue on crops that are sold throughout the United States that your family and everybody else’s family watching this program eat every single day, because the EPA is owned and operated by companies like Monsanto.

Tom: To that point, Pap in the last minute we’ve got left here. Am I correct in understanding that the science that is submitted to the FDA and the EPA, to justify things like glyphosate, is not necessarily peer reviewed science out of science or nature magazine. That is actually produced by the corporation itself?

Mike: Not at all. It is not peer reviewed. It may be peer reviewed but the peer review is actually monitored. It’s actually engineered by the industry. It’s not like the FDA or the EPA has independent scientists that can pay the kind of money that these corporations pay to absolutely phony up science. There is no other way to put it. They phony up science, they make the science work to whatever end they want and in the end the FDA simply has to buy it.

Tom: Amazing. Mike telling you. Always great to see you my friend. Thank you.