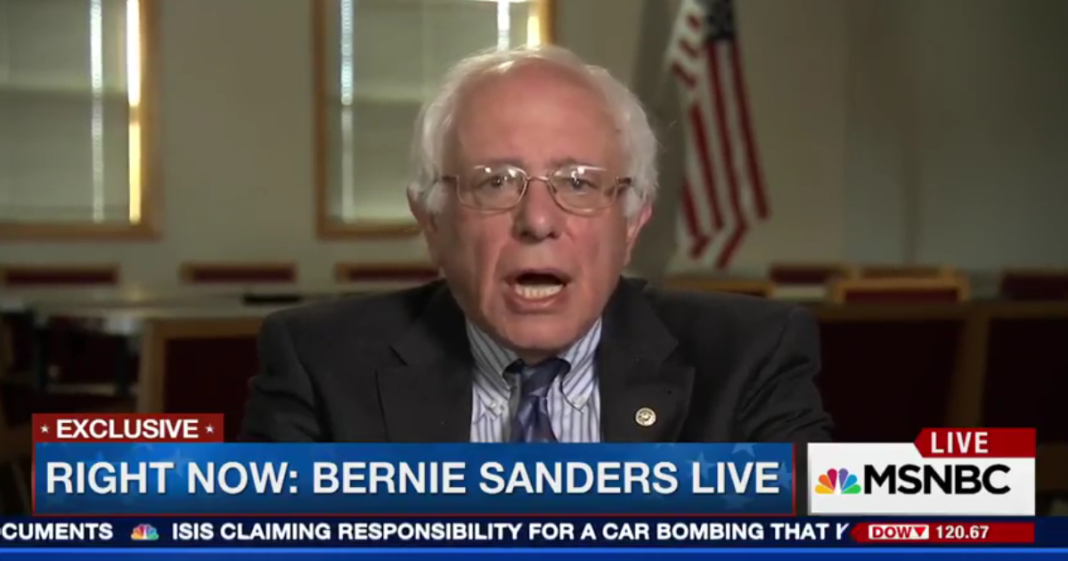 During an interview with MSNBC‘s Andrea Mitchell, Senator Bernie Sanders unloaded some of his frustration about the current state of the election and his continued belief that he, not Hillary Clinton, is the best candidate to take on and defeat Donald Trump.

Sanders pointed to the long string of hypothetical matchup polls which show Sanders with a strong lead against Donald Trump. Meanwhile, the latest poll shows that Trump has gained several points and is now in a virtual tie with Clinton in a nationwide matchup.

Clinton may have the most votes and delegates, but if the party wants the most likely candidate to win the presidency, the choice is clear.