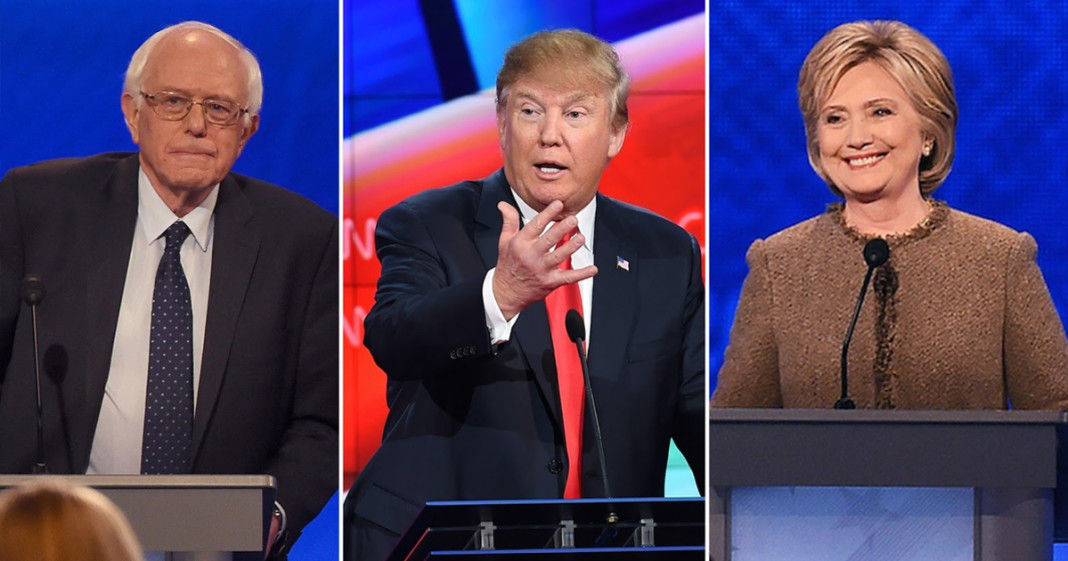 In response to new polls which show Hillary Clinton and Donald Trump at a virtual tie in a nationwide match-up and key swing states, you will hear many pollsters and pundits explain that general election surveys at this point mean less than nothing and that the results should neither excite or alarm us.

But as NY Post Shaun King pointed out on Thursday, these poll results come from real people sharing their real views and shouldn’t be ignored.

This notion, floated by @NateSilver538, that polls today, somehow don’t matter, is outrageous. Those were real people who said how they feel

While the Clinton campaign and her surrogates explain away the shocking polls which show that Trump has gained several points in national polls, and in key swing states like California and Florida, the reality is that Donald Trump has a very real chance of taking the presidency in a race against the former Secretary of State.

Conversely, the Democratic underdog Senator Bernie Sanders shows a consistent lead over Trump in almost all match-ups, despite his lagging results in Democratic primaries. The decision by the Democratic party to choose Clinton over Sanders may prove to be the turning point in the 2016 election.

Has a poll saying that Donald Trump is doing well ever been wrong in this entire cycle? While pundit after pundit underestimated the capabilities of the hateful candidate, polls have consistently correctly predicted or even underestimated Trump.

We shouldn’t be comforting ourselves by saying “well, this is an early poll.” Rather, we should be wondering just how much further Trump will crawl up the ranks before November.