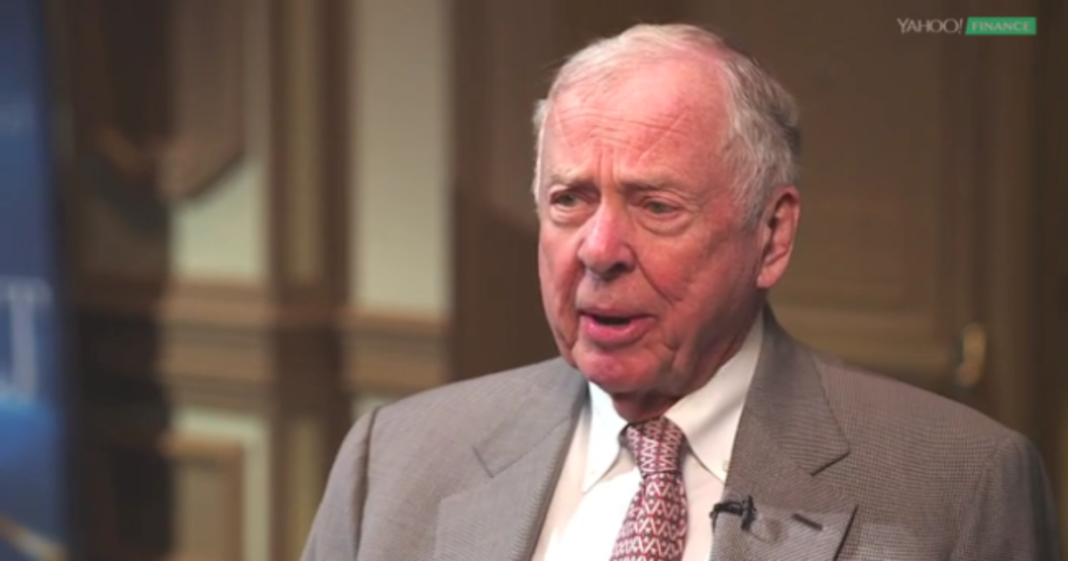 The cult of billionaires is stronger than ever as they bolster one of their own toward the presidency. Oil tycoon billionaire T. Boone Pickens this week re-upped his commitment to support the Republican nominee, saying that he was most supporting of Donald Trump’s immigration policies.

“I like his immigration policy. I didn’t say it’s permanent. But I’d cut off the Muslims coming into the United States until we can vet these people.”

Things got a bit awkward when Pickens turned the interview around, admonishing the reporter for claiming that he doesn’t have to support either nominees due to his status as an Independent.

Pickens advancing age seems to have gotten to him in some degree, but it’s clear that his support for Trump will come with a hefty donation now that Trump has opened his campaign pocketbook to outside donors. Pickens knows that his billionaire buddy will look out for his oil money interests, and that’s the only thing he needs to know.