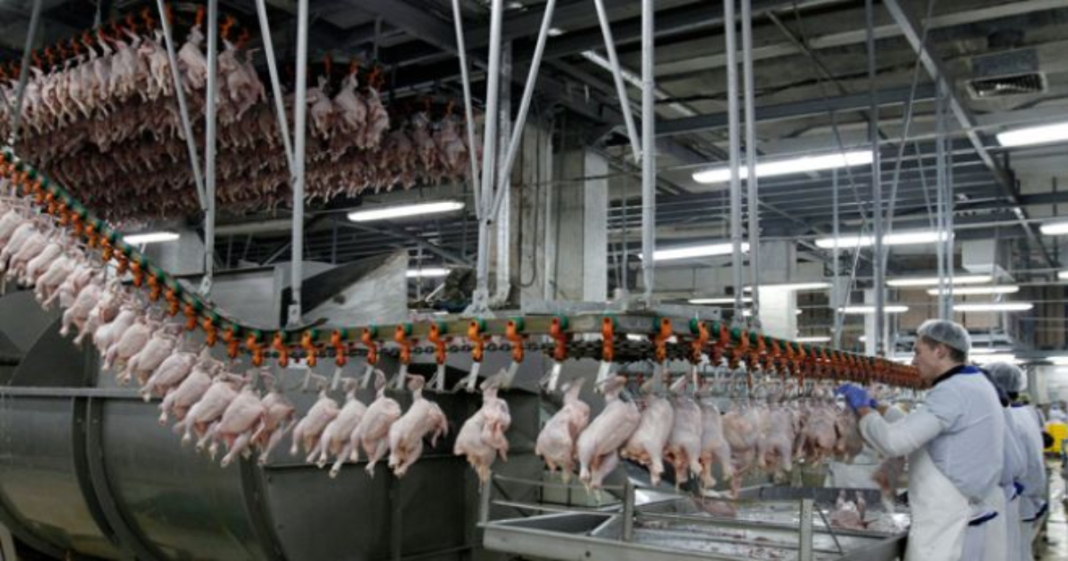 While the rest of the country rages back and forth debating whether or not trans individuals should be able to use one restroom or another, workers in poultry farm factories are being forced to wear diapers because the pace of their work doesn’t allow for bathroom breaks.

It’s the price of cheap chicken, and it is happening right here in the US of A.

Workers’ needs are regularly mocked, laughed at, ignored, and sometimes even used as a means for firing. As a result, many workers dangerously restrict their intake of foods and fluids to make their shifts more bearable while others have been forced to urinate and defecate on themselves. Many, in order to bypass the need to use a restroom wear adult diapers to work regularly.

The companies deny the allegations, but this is not the first time that Oxfam has heard such testimony from workers in these factories and others.

While their workers ignore their bodily needs to work harder, faster, and more efficiently for the corporate elite at the tops of these companies, Tyson and others are raking in record profits. Workers all over the country have fought for reasonable worker’s rights for centuries, and seeing the most basic needs of workers ignored at some of the most prosperous companies is a sickening violation of both worker and human rights.