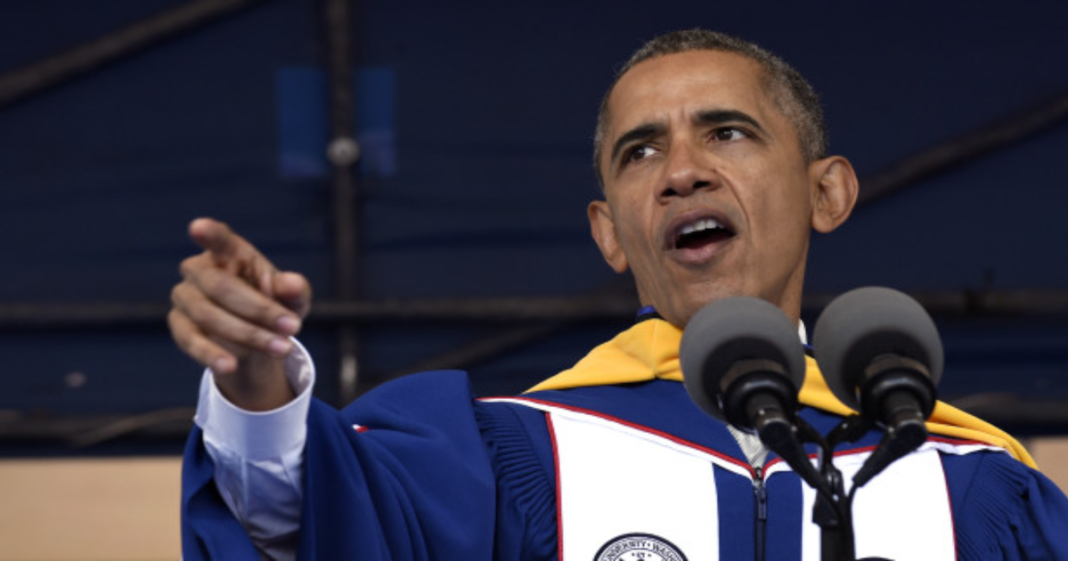 During a commencement speech which President Obama gave earlier this week, he put pressure on young people to participate in the election process in order to enact change.

Obama had strong words for those who choose not to vote, reminding them of the sacrifices that their ancestors experienced, particularly those who were women and minorities, to win the right to their Democratic duty.

Despite the history of the vote and the importance of contributing, Obama noted that the U.S. has some of the lowest voting records in the western world.