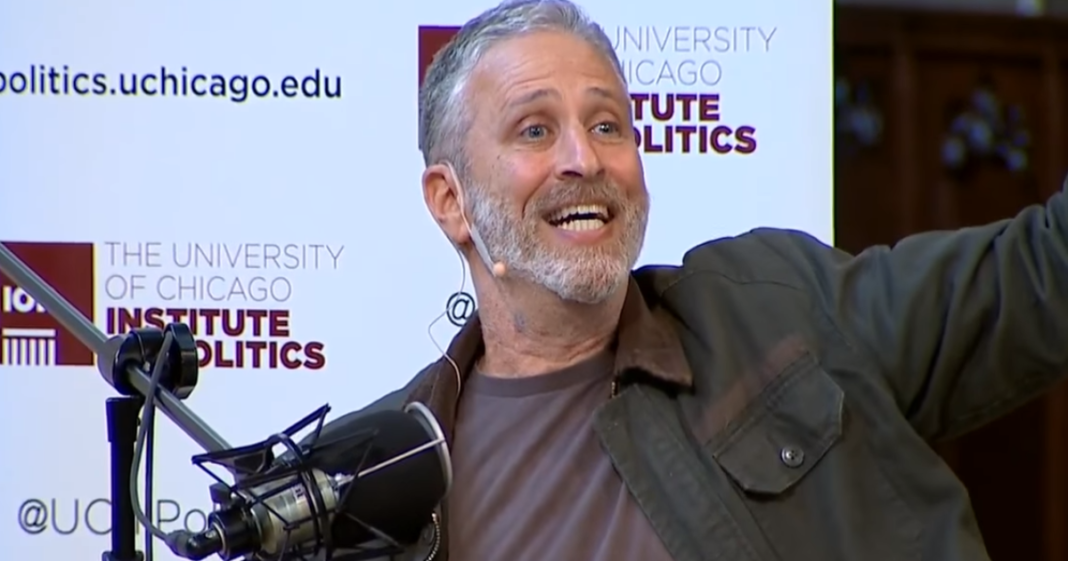 On Tuesday, Jon Stewart referred to Trump as a man-baby and made childish references to the size of his hands -hilarious, of course- but Stewart’s equally critical comments of Democratic front-runner Hillary Clinton were much more pointed and concerning.

Stewart said that Clinton’s campaign was centered around a certain sort of inauthenticity which seemed to indicate that she was told the right answers, but that they don’t come from an area of genuineness within herself.

Regardless of this authenticity issue, Stewart said he would far prefer Clinton to Trump, but then again, he said he would take Mister T over Trump.