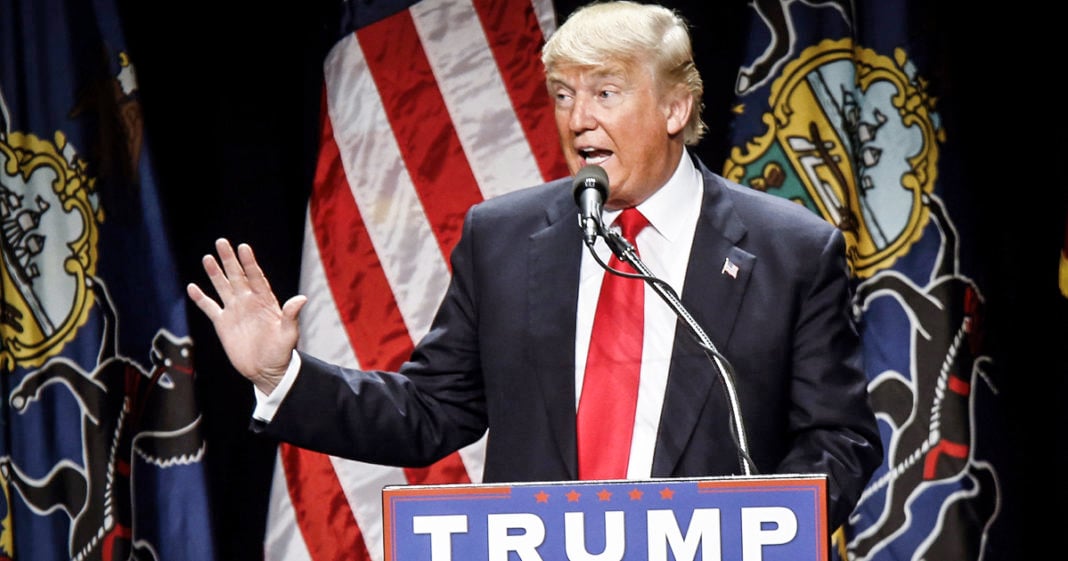 It should be as clear as day to just about everyone that Donald Trump’s presidential campaign exists upon and centers around divisive language and distracting hatred rather than legitimate platforms or politics.

Trump aims to win over the “silent majority” of racist and fearful white people who are terrified that their time in the male-dominated, white-dominated America is coming to an end. To a Trump supporter, there is little more infuriating than seeing a musical artist claim her black heritage proudly and with no apologies; There is little more fearful than seeing a black man with a Muslim-sounding name gaining political office and influence over what they believe should be white-dominated spheres; There is little more confusing than seeing women begin to creep into the spheres of government and business, bringing with them their “nagging” voices and “screeching” beliefs.

At this point in the election, Trump has kept his woman hatred to a manageable minimum. No doubt, he was hoping to win over Conservative women by sticking to the “scary brown people” narrative. To their credit, while right-wing women consistently side with a party that betrays women’s issues at every turn, they are not buying what Trump is selling.

As a result, it appears that Trump has finally decided to write off the vote of a full 51 percent of the population after making especially sexist comments about the Democratic front-runner and the state of women in America overall earlier this week.

During a campaign event, Trump was enjoying his usual criticisms of Clinton, talking about her “shouting” voice and her apparent love for political correctness (‘boooo’ says the conservatives suckling at his teat). But it was the comment he made right after which revealed the nefarious next step in his presidential plan:

There is a possibility that “it” was referring to the idea that Clinton is crooked, as he has previously said that even women hate Hillary. The other interpretation, though, is much more likely and so much more sinister:

Trump is building his platform now to not just rebel against any decent treatment of minority groups, but even against women. Trump wants to reinforce the slowly dying notion that women are not built for leadership, that any serious steps forward made by women in the U.S. was just a fluke, and even worse, was something which was stolen from the hands of more capable men. Trump wants to remind the angry white men already on his side that they are being threatened every day by their wives, daughters, and female co-workers.

Trump’s idea of making America great “again,” doesn’t just mean mistreating racial groups, it means putting women back into the kitchen and out of the boardroom. Trump’s candidacy by the end of this election will no doubt push gender relations back several years in this country.

The uprising of racial hatred we have seen across this country, including the racially-motivated acts of violence, will soon be mirrored with increased gender-related crimes and acts.

Things are about to get even uglier in America, folks.