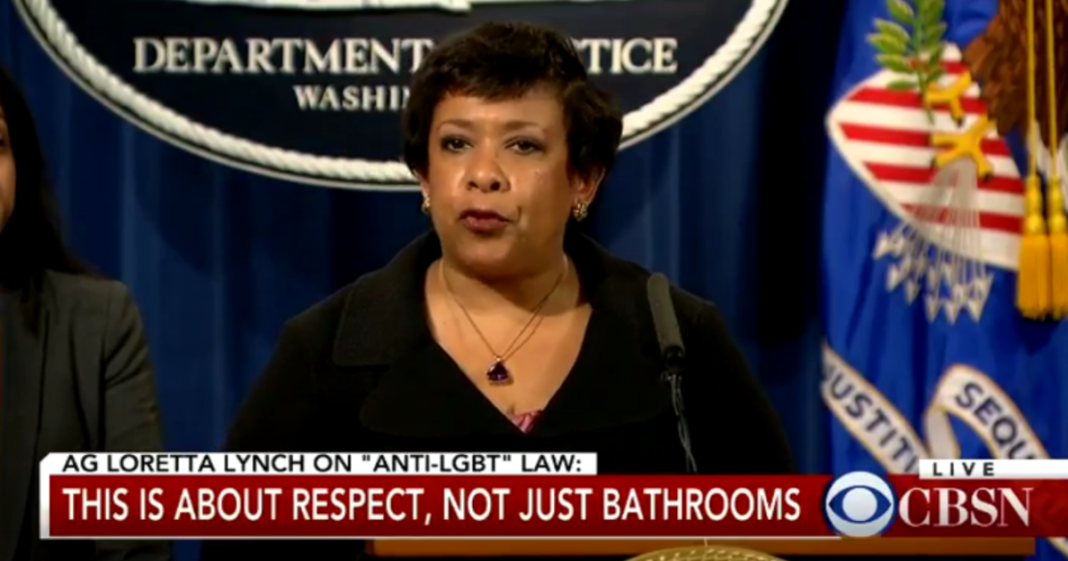 With the nationwide debate over North Carolina’s controversial “Bathroom Law,” it has become necessary for the federal government to intervene.

On Monday afternoon, the Federal Department of Justice announced that they would be launching a lawsuit against the state of North Carolina over the HB2 law that bars trans individuals from using the restroom which corresponds to their gender identity.

Attorney General Loretta Lynch led the charge against the state, offering a rousing show of support for trans individuals. Lynch said the law was “state-sponsored discrimination.”

“We see you. We stand with you. We will do everything we can to protect you going forward … history is on your side.”