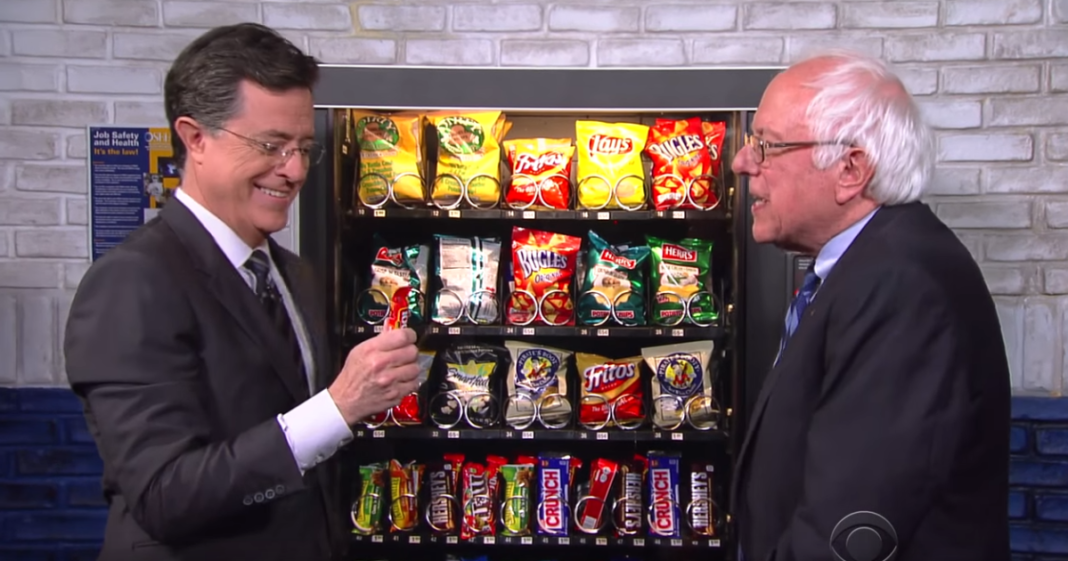 Senator Bernie Sanders made an appearance on Stephen Colbert’s “Late Night” on Monday evening to delight audiences with his good-natured grumpyness.

The surprise appearance came after Colbert went searching for his candy bar stuck in a vending machine. Bernie reached into the change slot of the machine, saying,

“I don’t take money from billionaires, but I do check every vending machine change slot.”

Sanders started to walk away, but not before reminding Colbert that the upcoming West Virginia primary is just as important as the rest of the primaries because it allows voters to express their views, despite what the polls and votes are saying.

Sanders re-upped his previous stance in which he said he intends to fight for every last vote.