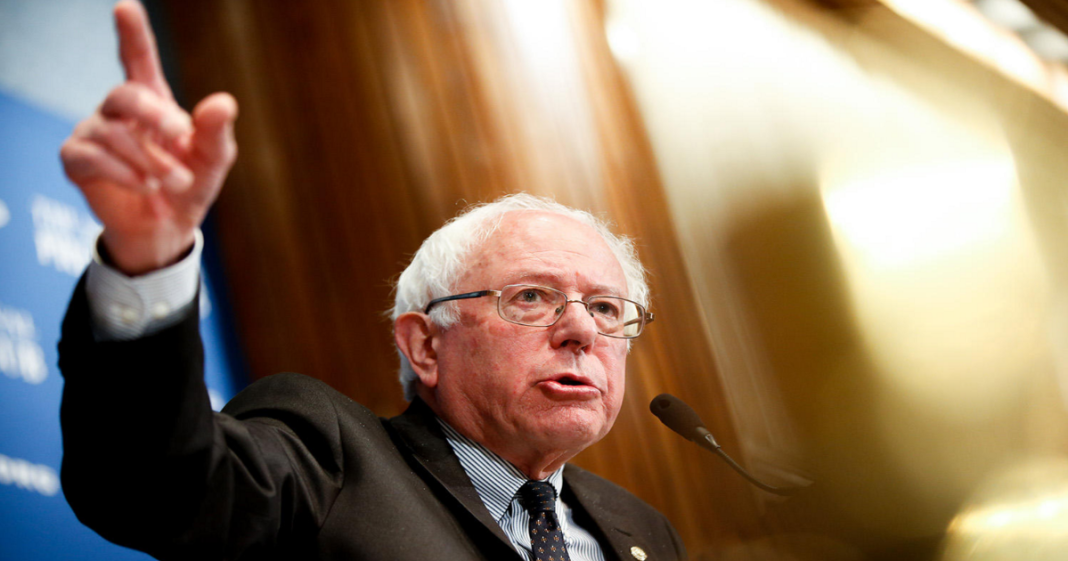 In a surprising comment made on Monday, Senator Bernie Sanders said that one way to combat bias and misinformation in corporate media is for Democrats to locate their own version of Fox News for the progressive slant.

Sanders was asked for his solution after criticizing corporate media’s role in the election.

“I think we have got to think about ways that the Democratic Party, for a start, starts funding the equivalent of Fox television.”

Sanders comments make more sense when you consider how right-slanted corporate media has become. Even the previously Democratic-leaning MSNBC has completely thrown off any progressive media and progressive voices in favor of more Trump-worship and “Morning Joe” re-runs.

We would encourage Senator Sanders to cast off the influence of corporate media entirely in favor of progressive sources online such as: The Ring of Fire Network, The Majority Report, The Thom Hartmann program, The Young Turks, The David Pakman show, Empire Files, and many more.