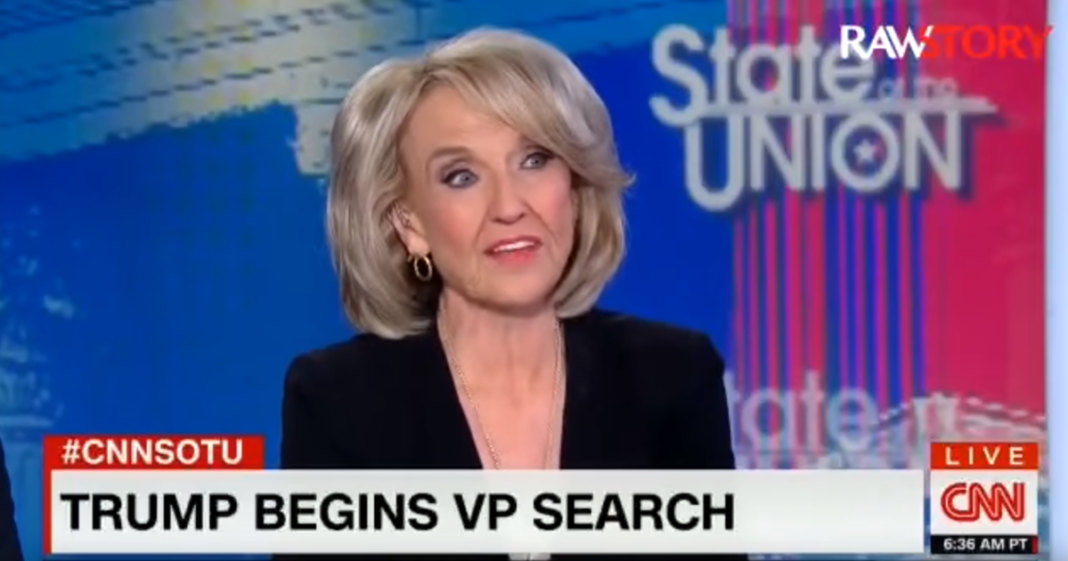 Jan Brewer, who served as the 22nd governor of the state of Arizona, said that all of this hubbub about Trump’s vp pick is too concerned with the female gender.

During an interview, Brewer said that she would be open to serving as Trump’s right-hand woman, but that she thinks the push for women in politics is just one big mistake.

“I don’t necessarily think you need to pick a woman. You know, this woman thing has gotten way out of control I believe. And I think it’s been driven by the left, because they think that it’s going to bring them over the end. But I think people, when they sit down to vote, they vote for the very best candidate. They want somebody that’s going to represent them.”

Imagine that, a woman who served in a high political office not wanting to see her fellow women ascend to these positions of power. It’s the clearest example of ‘I got mine,’ and it’s disgusting to see.